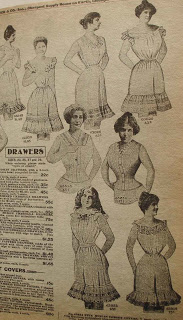 On Sunday, we donated the contents of our Las Vegas storage unit to Goodwill.  We kept the antique desk for ourselves (not the one in the picture suitable for a thick-legged, large-drawered lady) along with several other antiques and family heirlooms.  It was a very satisfying start to getting rid of “stuff.”  Goodwill of Henderson made it easy.  And they were gracious, efficient, and professional from start to finish. 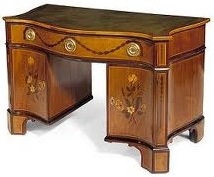 There’s a reason people are paid to move furniture.  Case in point: the 9-foot-long wall unit that Jerry and I struggled with last year trying to fit it through the entrance in the storage unit.  After some unsuccessful maneuvering, we took a moment to compose ourselves and consolidate our formidable brain power.  We figured out the correct angle of incline, precise vertical and horizontal pitch, width/height of furniture to width/height of door and narrow hallway outside door, subtracted by the avoidance of damage to hallway fire extinguisher and ceiling fluorescents, multiplied by the number of fingers and toes we preferred to keep, and we finally squeezed all 10 pounds of mud (the wall unit) into the 5-pound sack (the storage unit).  In using the mud/sack analogy, I’m paraphrasing Dollie Parton here who made the comment a long, long time ago at an award ceremony when her “dress busted open.”

As we began to explain to the driver the perils of fitting that 9-foot-long monstrosity through the doorway and what worked best from our careful mathematical calculations, he smiled, gave it a sharp tap with one hand, and popped it into the hallway in a single smooth move.

If I still had a day job, I wouldn’t quit it.

A trash hauler came and carted away the like-new mattresses that Goodwill could not accept.

The best part was that all this great furniture went to charity.  And, when the trash hauler saw the quality and condition of the mattresses, he said he would give them to a friend who had hit really hard times.  So, we feel great about what we accomplished.  And we’re well on our way to lightening our load. 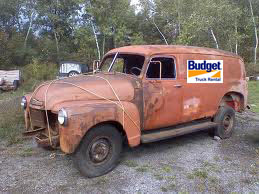 The one wrench in the works:  Budget Car & Truck Rentals of Henderson.  Our plan was to load up the items we kept and drive them back to Irvine to be stowed in our garage.  We, unfortunately, waited until a few days before our trip to make arrangements to rent a small van in Irvine that we would drive round-trip.  So, Jerry was unable to get the vehicle we wanted.  But, he was very pleased to make arrangements with Budget Rentals in Henderson, NV, for a small 10-foot moving truck with low gas mileage.  He arranged a one-way rental and we would caravan the four hours back to Irvine.  So, Monday morning, we headed over to Budget to pick up the truck.  I won’t detail here the disturbing limitations of the less-than-customer-service-skilled person behind the counter.  But, charm and professionalism were clearly not words familiar to her.  After processing paperwork, we headed out to the lot to check out the truck.  OK, this truck had definitely been around the block a few times.

While someone was loading up the furniture pads Jerry had rented, I stole a peak at the instrument panel and saw that there were 93,000 miles under this low-mileage hood.  Jerry then looked perplexed and asked, “Is this a 10-foot truck?”  The guy said, “No, it’s 16.  We didn’t have any 10s.”

Now, there are two important things to remember.  1)  I am a New Yorker.  2)  Jerry is a Midwesterner.  I have learned over the years that if Jerry is handling something, I need to keep my mouth shut.  If I’m handling something, he stays out of the way.  We have both learned to respect the boundaries and to use the personality types appropriately. 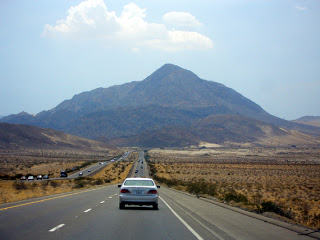 When we got back to the storage unit, Jerry got out of the truck and said.  “There is no way I’m driving that over the mountains.  I had to floor it just to make it up the little incline to get here.  Both armrests are broken.  And it will probably brake down on the way home. He said, “Did you see how many miles it has on it?”

So, Jerry phoned Budget and after three attempts got through to the Henderson facility and Miss Congeniality.  We had a quick breakfast at McDonalds and then returned the truck.  Jerry again explained the problem to Miss Congeniality and told her she needed to process a complete refund.  She did not apologize.  She didn’t know what code to enter to cancel the rental, so she phoned in for assistance.  I stood in the background and listened.  She listed out the options to the person on the phone saying she didn’t know which to select.  Among the options:  rented from a competitor, vehicle not available, dissatisfied with service…  WAIT!!!, screamed the voice inside my head.  DISSATISFIED WITH SERVICE!  DISSATISFIED WITH SERVICE!  IS THAT NOT OBVIOUS TO YOU?

But, the Midwesterner was at the counter.  So, I stepped outside taking the voice with me.  When I returned I heard Jerry calmly say, “We did not rent from UHaul.”  Miss Congeniality said, “I know.  I was just kidding.”  She then asked, “Do you want to rent something else?”  to which the Midwesterner politely replied, “No, thank you.”  But there was that voice inside my head again, “RENT SOMETHING ELSE?  WHY, DO YOU SUDDENLY HAVE THE TRUCK WE RESERVED IN THE FIRST PLACE?”  And, having wasted two hours, we left Budget of Henderson.

When we got back in the car, I asked Jerry what the UHaul reference was about.  He said that, when I stepped outside, Miss Congeniality told the person on the phone, “They probably rented from UHaul.”

Just so you know, although the voice inside my head sounds very loud and out of control, the only thing that I usually let out is the “hint” of sarcasm.  I am not cruel.  Also, the Midwesterner has very happily used the New Yorker often over the years, whenever some dirty work needed to be done.

So, the good news:  On the way out of town, we stopped at “M” Resort for a free buffet breakfast (we had received coupons in the mail).  We drove home together, which is a lot more pleasant anyway.  We will be back in Vegas with Linda and Tom at the end of the month, so we now have time to rent from here the vehicle we really want for the trip — a simple van.  The New Yorker gets to write a letter to Budget.  And, by early January, the Vegas chapter of our lives will officially be over.