This requires a bit of explaining.  First, Jerry is heavily into genealogy.  He’s 13th-generation Lowell in America.  His 10-greats grandfather arrived in the colonies from Bristol England in 1639; he had four ancestors on the Mayflower; another 9-greats grandfather (George Jacobs) was found guilty of witchcraft and hanged in Salem, Massachusetts in 1692.

I had always been very impressed with this fascinating history until Jerry was able to dig even deeper and discovered royal lineage going way back.  Much of this traces through his Norwegian ancestry and I, wanting to know how His Royal Highness King Jerry should be properly addressed, looked up the word “king” in Norwegian.  I was surprised to discover that the Norwegian word for “king” is “kong.”  (So, the film title “King Kong” is redundant.)

I have a fondness for nicknames and at the time I learned about kong, I was partnering on some accounts at my then-job with a wonderful woman who also had a fondness for nicknames.  I had become known to her as MK (I’ll tell that story another day) and she had become known to me as Peege (and I can’t for the life of me remember why except that it evolved from the initials “PG,” which are not her initials).

Where was I?  Oh… as soon as I told Peege the Norwegian word for king, Jerry was blessed with a new name:  Kong.  But, I don’t call Jerry “Kong” very often — really only when Peege and I are talking about him.  Peege, on the other hand, now only thinks of Jerry as “Kong.”

So, that explains Kong and also King in the title of this post.  You have probably figured out the word Christmas entirely on your own.  Now for Kransekake (pronounced “krahn-seh kah-keh”).

In Norwegian, kransekake means literally ring (or wreath) cake.  It’s served on special occasions, like weddings and baptisms, Christmas and New Year’s Eve.  The first time we had it (or heard of it) was during the Christmas we spent with family in Bergen, Norway in 2004.  As you can see in the pictures, kransekake is created from a series of concentric rings that form a steep cone.  We’ve seen it decorated with little Norwegian flags and Christmas poppers.  But, since we did not plan in advance — last Christmas or this — Jerry’s kransekake is more simply adorned. 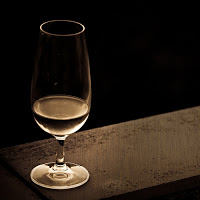 In the meantime, Kong is busy right now kneading the dough for his Bergensk julevørterbrød.  And he bought a really fine bottle of Andalusian sherry to help us get in practice for next year in Seville.