Skip to content
Another Sunday in Sevilla.  We spent a few hours at the cathedral this afternoon.  It is overwhelming, magnificent, enormous, freezing cold (whatever the weather outside, apparently that’s the weather inside; and weather outside today was raw, cold, damp, and rainy… OK it wasn’t rainy inside).  We climbed the stairs… the ramp, really… of the Giralda, the bell tower, which has stood since Moorish times.  The views were spectacular all the way up, but we had to brave the damp, raw winds.  I wasn’t prepared.  No hat, no gloves, no hood, no umbrella for the day.  But, it was worth it and it gave us an excuse to stop for coffee a second time.
FOOD-ORDERING DISASTERS…
AND THEN THERE WERE NONE

I feel like I now need to report every day on our food failures and successes.  We had no failures again today!  Breakfast at home.  Lunch of soup and sandwiches at a little chain restaurant we’ve come to like.  Both women who work there (at different times of day) treat us like friends and neighbors.  Dinner was intended to be at an Argentinian-style restaurant, La Nieta de Pepa (Pepa’s Granddaughter), in the Barrio Santa Cruz, but we arrived to find it closed.  So, we headed two streets over to San Marco, the restaurant we found and loved last Sunday.  “Our” waiter greeted us like old friends and we were immediately glad we went back.  Another amazing meal, capped off by on-the-house licor de hierbas, a traditional Spanish after-dinner drink that supposedly aids digestion.  I truly believe it helped… me, at least.  Jerry touched the glass to his lips and looked like someone had just forced him to eat a walnut (I don’t know if you’re aware how much Jerry hates walnuts).  I loved it and I loved it more the more I drank (and the servings were way too generous).  I was overwhelmingly stuffed after eating my chocolate tart smothered in chocolate sauce.  After my licor de hierbas, I felt immediately better.  So, I’m sold.  We plan to head back to San Marcos one more time before we leave Sevilla.
PARAGUAS (UMBRELLAS)
I just love that word:  Paraguas.  Literally, “for waters” and it means umbrella.  Unfortunately, the weather has turned.  We lucked out with sunshine and mid-60s for the first week.  But the temps have dropped to high 40s and rain is here in the form of drizzle or showers, it appears, for the next week.  Ah well.  We chose to visit in January so we’d see how we felt when the weather was at its worst. Fortunately, we bought great jackets from ScotteVest for our trip (http://www.scottevest.com).  You should check them out.  Our jackets have pockets everywhere — inside and out, magnetic closures in addition to the zippers and snaps, fold-away hoods.  My hood and sleeves unzip.  They’re lightweight, water-resistant (and we’ve now tested that claim).  Jerry bought the Expedition in khaki and I’ve got the SeV Revolution in black.  Did we mention we color-schemed our travel wardrobes to make it easier to mix and match? Jerry is in blue, khaki, and gray.  I’m in black and gray (very New York).  We’ve got to admit, though, we both are finding it kind of boring!
Can’t wait for our train trip to Malaga some time this week.  Since the express train takes one hour and forty minutes, we’ve decided to stay overnight rather than try to cram it all into one day.  (Or at least that’s the decision for today.)
Oh, an interesting little episode (very little episode) occurred at dinner tonight.  We were given, also on the house, a three-tier silver server containing some cookies — to hold us over I guess between our huge meal and our huge dessert.  We of course consumed all eight cookies.  The last two were small rectangular cookies with one chocolate drop on top off-center.  Jerry and I each took our cookie.
Jerry ate first from the end containing the chocolate drop.  His reason:  Because the chocolate drop was the best part.  I ate first from the plain end, saving the chocolate drop for last.  My reason: Because the chocolate drop was the best part. 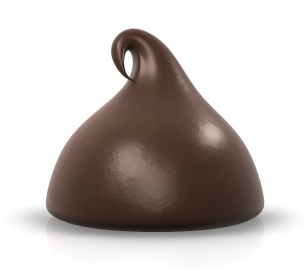 2 thoughts on “Another Domingo [Sunday] Gone”