Friday was Jerry’s birthday.  My mother is here from New York for her Annual Jerry’s Birthday Visit.  Jerry’s “middle sister,” Linda, and her husband Tom are in Southern California until — they hope — the snow stops falling in South Dakota (they think it might be safe to return in April).

We all celebrated Jerry’s birthday — in true Jerry fashion.  We went gambling.

Pechanga Casino appreciated the fact that it was Jerry’s birthday by allowing him some very handsome wins.  And — also in true Jerry fashion — rather than pocket his winnings, he continued to play, with the plan that he would “maximize.”  Sadly, maximization was not in the cards.  However, neither was the more usual minimization.  We actually came home with extra money in our pockets.  Good boy, Jerry!

After enjoying a mostly comped lunch (one benefit to Jerry’s regular attempts to maximize) and then playing for a couple more hours, we headed back to Linda & Tom’s for birthday dinner and a personally iced — by Linda — birthday cake.  Linda was a second-grade teacher for more than 30 years  — because she loved what she did and was really good at it.  When Jerry saw the cake, he was very impressed with how well Linda had centered the message and how beautifully it was “printed.”  All those years of teaching writing and decorating bulletin boards was readily apparent. 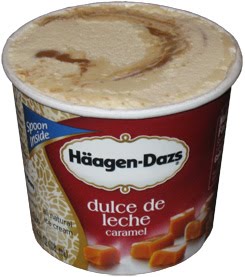 Then the obnoxious New Yorker (that would be me) had to take a look.  The first thing I noticed was the spelling of “Happy.”  H-o-p-p-y.  I think it’s the real reason Linda was in the second grade for more than 30 years.  When our nephew Matt was a few years old, he actually pronounced “happy” that way.  So, I guess it was appropriate.

We didn’t have any candles (they apparently fell out of Linda’s shopping cart), so Linda stuck a wooden match into the cake and set it ablaze.  We all sang “Hoppy Birthday” to Jerry and he blew out the match.

The chocolate cake and the dulce de leche ice cream were delicious.

In February 1982, Jerry spent his first birthday with me (his 33rd in the world, but his first with me).  My family never made a huge deal about birthdays and I tended to not expect or even want much fuss to be made over mine — if it were at all acknowledged.  Jerry, on the other hand, came from a family that made a very big deal about birthdays.  His mother might phone at 6 a.m. just to be certain she would be the first one to wish him a happy birthday.  Sometimes, his sisters would try to beat her to it.  Entire families would get on the phone and sing.  Linda would do her best impersonation of Whitney Houston… or Barbra Streisand.  One year, she claimed to be Clove.  When we asked who that was, she said indignantly that Clove was one of the Spice Girls.

So, Jerry expected a lot of attention on his birthday.  For at least a week before and a week after, he would announce in every store and restaurant that it was his birthday.  I stressed for days.  I did not want to disappoint. 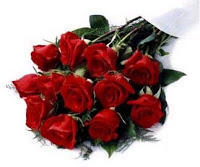 On Jerry’s birthday, I raced home after work with a bottle of champagne, a dozen roses, a couple of decent gifts, and reservations for dinner at an elegant restaurant in the Back Bay.  Jerry came home with a good friend from work and she joined us in our champage toast before Jerry and I headed out for dinner.  The meal and service were excellent.  At the end, the lights were dimmed and a birthday-candle-lit dessert was placed in front of Jerry.  I couldn’t believe I had pulled off such a super birthday evening. 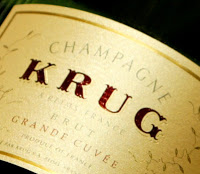 When we went to bed that night, Jerry thanked me for the champagne, the roses, the gifts, and the dinner.  He then told me it wasn’t enough and I would have to try a little harder next year.  Fortunately, he’s gotten just a little easier to manage over the years.

Feliz cumpleaños, Jerry.  I look forward to celebrating next year in Málaga.