We had Breakfast #2 downstairs at El Sanedrín this morning. Teré wasn’t feeling well.  Jerry made chicken soup a few days ago and had a small container in the freezer. He asked Teré if she would like it since she could simply heat it up in the restaurant kitchen for lunch. Jerry is a bit casual with his Spanish vowels. I’ve told him he needs to be more precise in his pronunciation since a word can completely change in meaning with a different vowel ending. Chicken is pollo. But, Jerry didn’t ask Teré if she liked sopa de pollo (chicken soup), he asked if she liked sopa de polla. Teré, yet again, burst out laughing. (We have that effect.) It was clear that Jerry’s pronunciation meant something entirely different but I didn’t know what. I told him he should have said pollo and not polla. 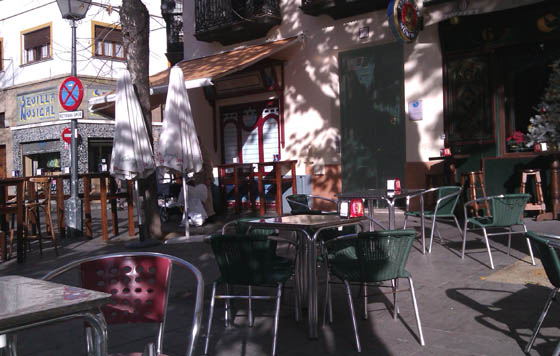 I then, in Spanish, asked Teré what polla was. She blushed (she blushes easily) and said it was something she did not have but I did (Jerry, also).

Teré told Jerry that she would love some sopa de pollo but not the other, going on to say that she thought perhaps that’s what “preservativos” were for.

21 thoughts on “Chicken Soup and Other Body Parts”