We take a break from our Málaga history programming (see previous post) for this special weather report.

Although after our frigid month in New York San Geraldo swore he would never again complain about the weather in Fuengirola, I didn’t give that statement much credence. Good thing, too. We just had quite a day and a half. High winds Tuesday that continued to build all through the night and into Wednesday. San Geraldo moved plants and furniture to safer spots on the terrace, we rolled down our storm/security shutters, and hoped we’d find everything still out there in the morning. The surf was so high that the water washed over the beach clubs’ chaise lounges and “sombrillas,” and nearly reached the pavement.

By Wednesday night, the winds had calmed and the surf was just a little less aggressive. Then it rained. And hailed! And then came a brief and very close encounter with thunder and lightning. I found it captivating. San Geraldo (and the cats)… not so much.

I’ll be back tomorrow with more Málaga history. 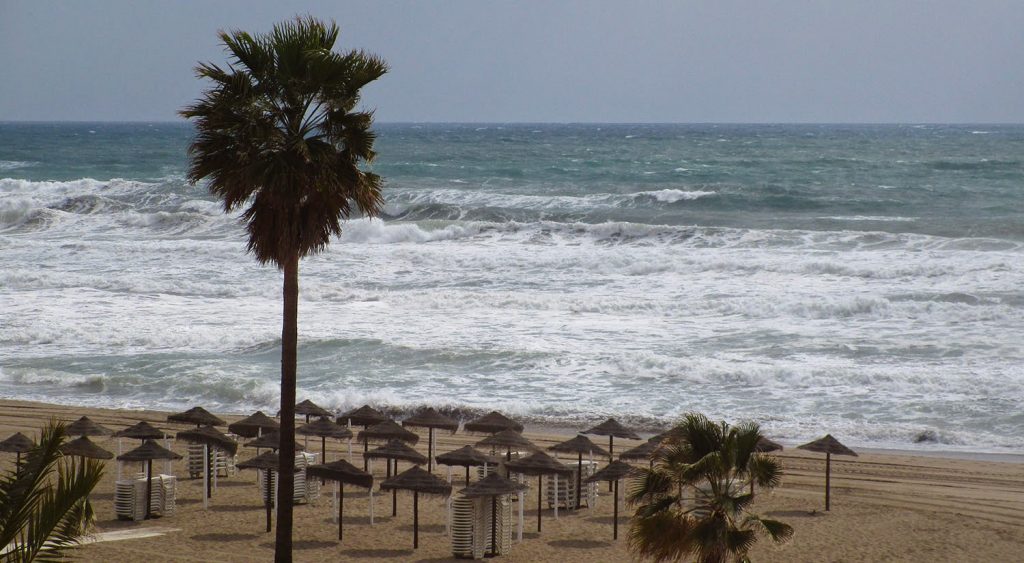 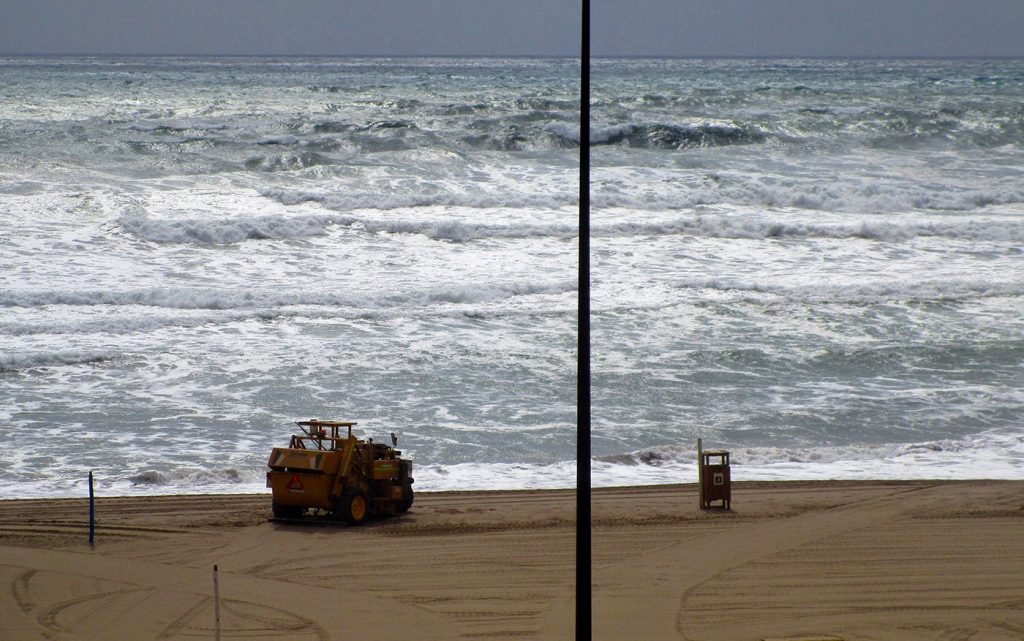 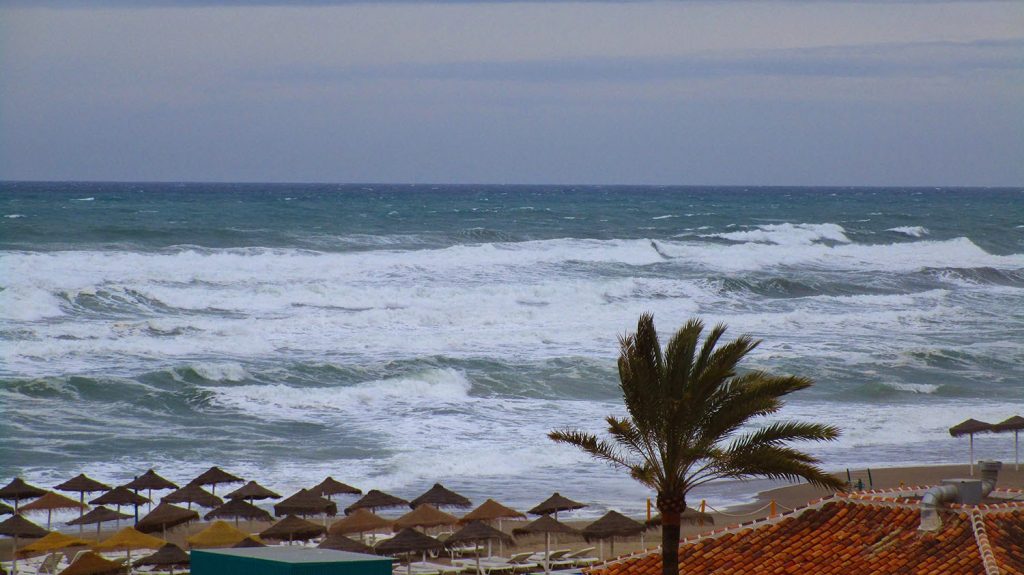 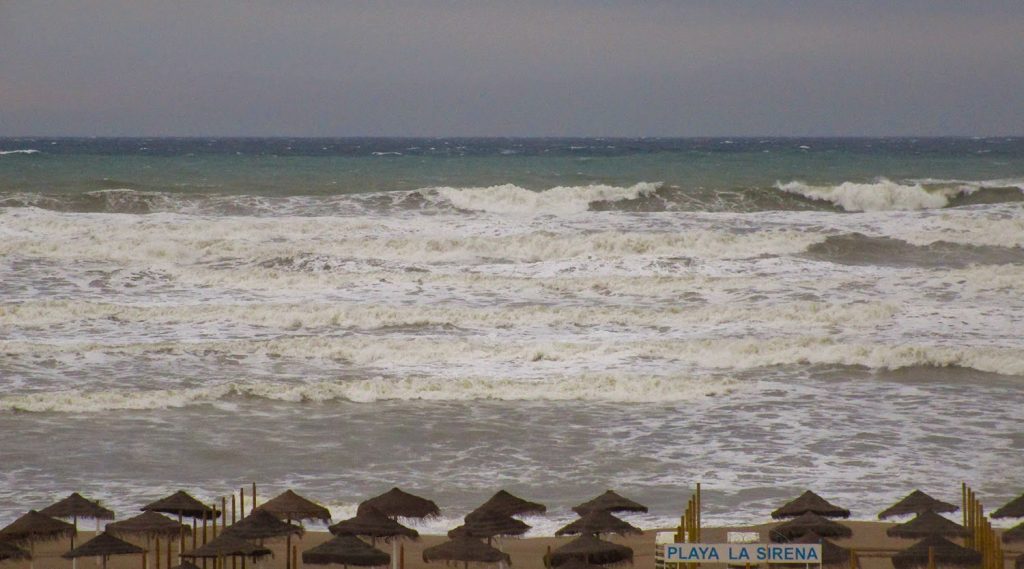 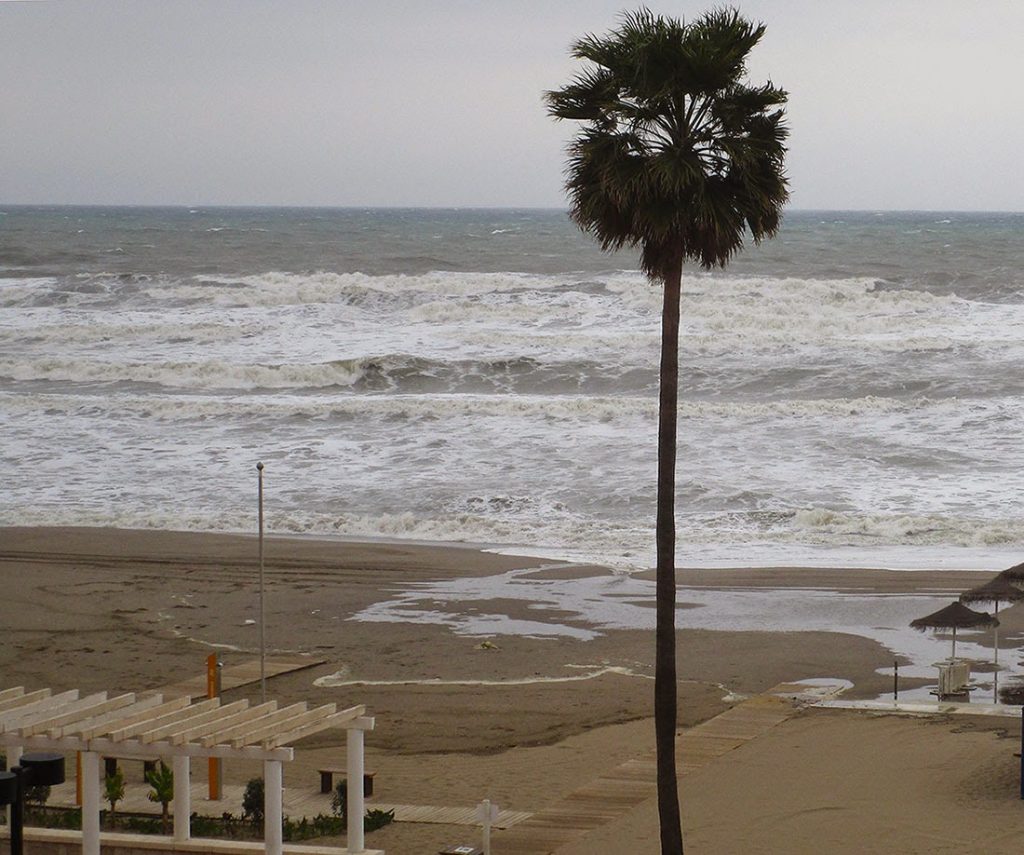 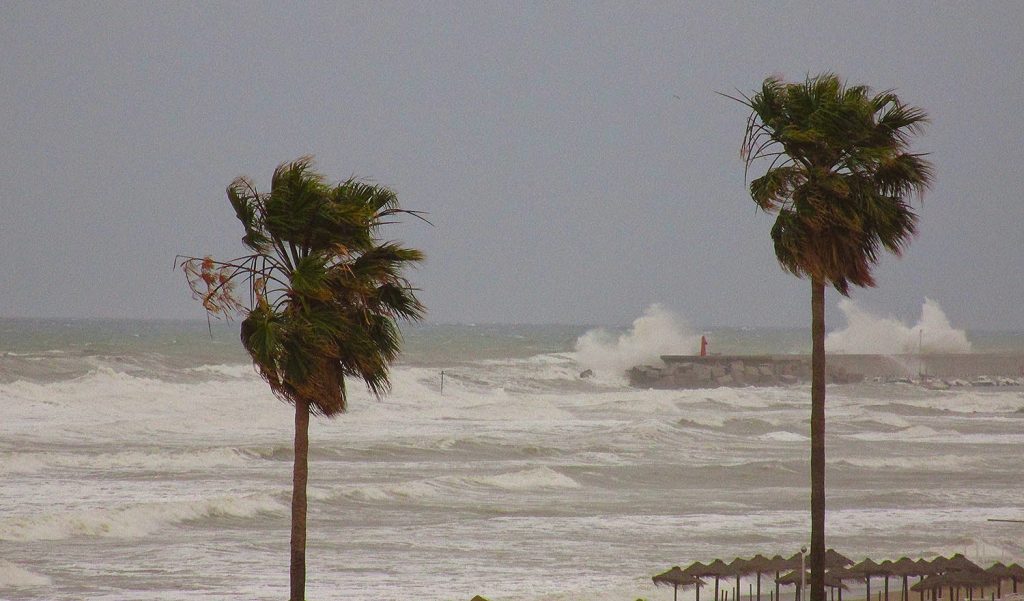 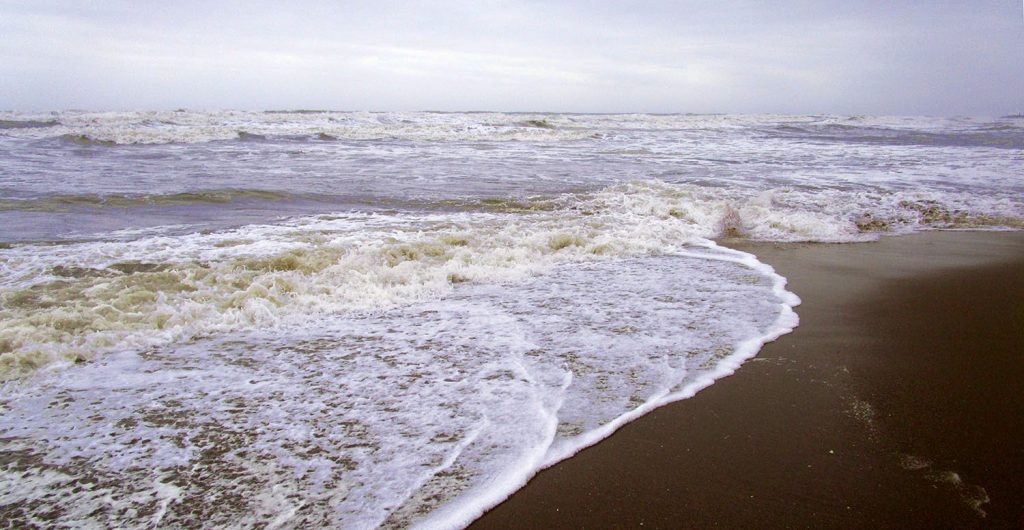 Wednesday’s seas made me think of Muddy Waters.  So, blow wind blow.