Downsizing.  It’s the catchphrase of the decade and we have not been immune to the idea, and the necessity, of it in recent years.

In 2000, Jerry and I both had solid careers and a 5-bedroom house in San Francisco, filled with furniture and furnishings.  By July of that year, we had sold the house and poured all our money into a bed & breakfast style hotel in Palm Springs, California.  What couldn’t fit in the guest rooms was packed into a 10 x 20 storage unit where it sat for two years. 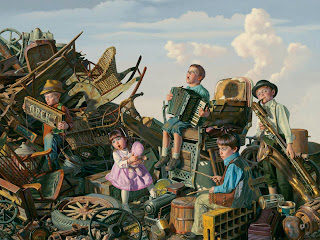 Our hotel was the first in the country created for gays & lesbians with children, their families and friends.  It was a great idea (we still think so) and, thankfully, we chose to do it because we thought it would feel good to do and not because we hoped to make a bundle.  We did, however, hope to make ends meet.

So, when the reality of the market turned out to be smaller than what we thought was its potential, we took a breath and plowed on.  But, when the events of September 11, 2001 soon followed causing, among so many other things, a 43 percent drop in tourism in Palm Springs, there was no hope of digging ourselves out of debt.

Thanks to Jerry, we found ourselves in Santa Barbara, California, where he had landed another good position.  Our stuff came out of storage and we moved into a large 3-bedroom rental, filling every square inch with our things.

About five years later, we moved to Vegas where we went back into five bedrooms and filled every square inch with our personal belongings.  But, once again, times grew tough.  So, after a year, we rented a 3-bedroom apartment, sold some furniture and stashed in the garage whatever we couldn’t fit into the apartment. 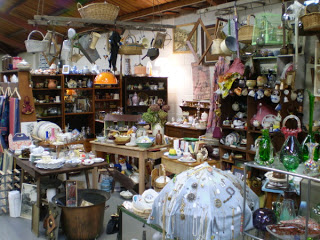 Another year went by, times got better, and we moved back to Southern California into a 2-bedroom apartment (that cost a lot more than that 3-bedroom in Vegas), leaving behind a 10 x 15 storage unit full-to-bursting with our excess furniture.

So, here we are getting ready for a move to Spain and in possession of an over-furnished and overstocked 2-bedroom apartment, a garage stacked with boxes leaving no room for a car, and a storage unit in Vegas that could furnish a decent-sized house.

Some days what to do with all our stuff stresses me more than anything else we have to do in order to legally live in Spain.

First, we’re donating the contents of the Vegas storage unit to Goodwill.  Big furniture.  No use for it.  Great donation.

You know all those collections you have because, as you were told at the time, “It’s a great investment”?  Well, it’s only a great investment if someone is willing to pay when you’re ready to cash in.  Selling on ebay and receiving a mere pittance is not very satisfying or worthwhile.  The tax deduction (i.e., donating to a museum or a charity) may be the most practical way to go.  Does anyone collect art glass from the ’80s? 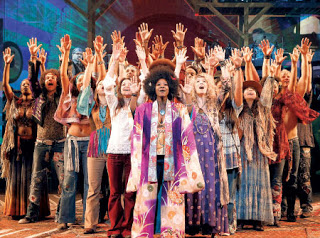 Family heirlooms are going to family… early.  Now we just have to get them to the middle of the country without breaking the bank — or our backs.

We’ll take some things with us, whatever it doesn’t cost too much to ship.  Like my mother’s artwork and needlework; our family photos (ALL our family photos, more than 100 in frames and more than a dozen albums); Jerry’s plaster sheriff from Wall Drug circa 1952; my plaster flower child from my sister circa 1971; our computer equipment since it’s in good working order and more expensive to buy in Spain.

I’m sure I’ll have plenty more to say in future posts about down-sizing.  In the meantime, I’ve got to go pay for service on a leased car we’ll be returning in the spring.

After this whine and that waste I’ll deserve my cafe Americano at Peet’s.

While enjoying my coffee (and walnut chocolate chunk scone), I’m going to get lost in my paperback “Don Quixote,” although I worry that in my state of mind reading about a man who lost his may not be the best of ideas.