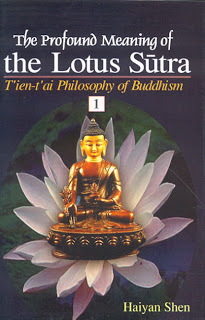 We have all our paperwork done and we’re ready for our appointments Tuesday morning at the Spanish Consulate. The paperwork we have now includes items we didn’t realize we needed until last week when I initially scheduled our appointment (singular) and discovered we needed two separate appointments, some duplicate paperwork, and some more notarization.  We think we’re all set this time.  The process can be a bit daunting (and expensive), but the Spanish Consulate in L.A. has been amazingly quick to respond to our questions… and very clear in their responses.  So, as I said, we think we’re all set this time.

So far, the biggest challenges — or perhaps simply the most confusion — have revolved around what constitutes a certified translation and how to obtain regulation-size photos for our visas.  We found a certified translator.  They notarized their translations, so we think we’ve met and probably exceeded the requirements.  Standard passport photos are produced 2 x 2.  Visa photos need to be a minimum of 1-3/16 x 1 and a maximum of 1-6/8 x 1-3/8.  Those sizes make a little more sense in centimeters I’m sure, but the standard 2 x 2 won’t work.

We finally did obtain our visa photos (leaving enough white space so that we could trim them ourselves to within the required range).  And we were pleasantly surprised when Jerry’s official photo did not bear any resemblance to what we thought Pablo Escobar’s brother might look like, which is what Jerry insists all his government-issued photos have looked like for 20 years.

I just looked up Roberto Escobar (Pablo’s brother) and I compared photos of Roberto to those of Pablo.  I then compared them both to those bad photos of Jerry (which, for Jerry’s sake, I will not post here).  After careful review, I have decided that Jerry’s mug shots have always made him, unfortunately, look more like Pablo than Roberto.  I say “unfortunately” because although Pablo appears to have been better looking, Roberto was the lesser of two evils.

Anyway, Jerry really doesn’t look much like either of the Escobars.  His various ID photos over the years have simply not been very flattering.

My visa photo is of a balding man with slicked-back black and white hair.  The man in the picture also has a salt and pepper beard.  He looks like he’s been around the block a few times.  I don’t know who he is, but apparently he’s been passing himself off as me.