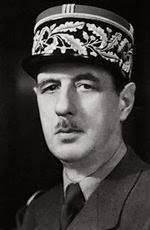 We had the pleasure of meeting friends Tynan and Elena for coffee on a very windy Thursday morning this week. We met them once last week, as well; it was cool that day, but still nice enough to sit outside. Not so yesterday. Tynan and Elena live near the park created around the Roman ruins (click here to read about my “discovery” of the park) and there’s a charming jazz bar and café (El Jazzy Bar) alongside the park.

I have an ear for different accents. San Geraldo does not. Tynan speaks and I then translate most of what he says. Tynan has a very quick and sometimes wicked (OK, and sometimes weird) sense of humor. After he makes a witty remark or tells a little joke, I have to translate it into American English for San Geraldo. I then usually have to explain it to him. Sometimes, I listen to Tynan and then just turn to San Geraldo and say, “Never mind.”

A few months back, while Tynan was at work at Café Manila and San Geraldo and I were enjoying our coffees, he breezed by and asked, “Do you know why Charles De Gaulle had Greek letters on his hat?”

“Because he’d have looked stupid with French ones.” And he was off to another table.

I didn’t get the joke. First: I didn’t know there were Greek letters on Charles De Gaulle’s hat. And, B: I had no idea why the hat would look stupid with French letters. The guy was French.

I went home and read everything I could find on Charles De Gaulle, his hat, Greek letters. Nothing! This morning I finally remembered to ask Tynan for an explanation.

Tynan explained that in England, condoms are often called “French letters.” (It’s true. I looked it up. Don’t ask me why, though. Everyone has a theory.) OK. So I now I get that part. Yes, De Gaulle would have looked stupid with condoms on his hat.

I then said, “I never knew Charles De Gaulle had Greek letters on his hat. What were they?”

Tynan said, “Oh, he might not have had any. But the decoration looked a bit Greek.”

At this point, Elena and San Geraldo both groaned.

But, I don’t want you to leave thinking Tynan is nothing more than someone who has a peculiar way of speaking and tells bad jokes. From the first day we met him, he made us feel welcome and at home in Fuengirola. He’s interesting, intelligent, charming; an adoring father to his son and daughter; he and Elena have an admirable relationship; and, well, OK, he talks funny and tells some really bad jokes. Groaners.

This Week
Tynan very quickly rattled off the following (it has to be said quickly for full effect). Elena, having heard it before, harrumphed in disgust. I laughed out loud. I translated it into American English for San Geraldo. Another groan. Some people just don’t appreciate Tynan’s fine wit.