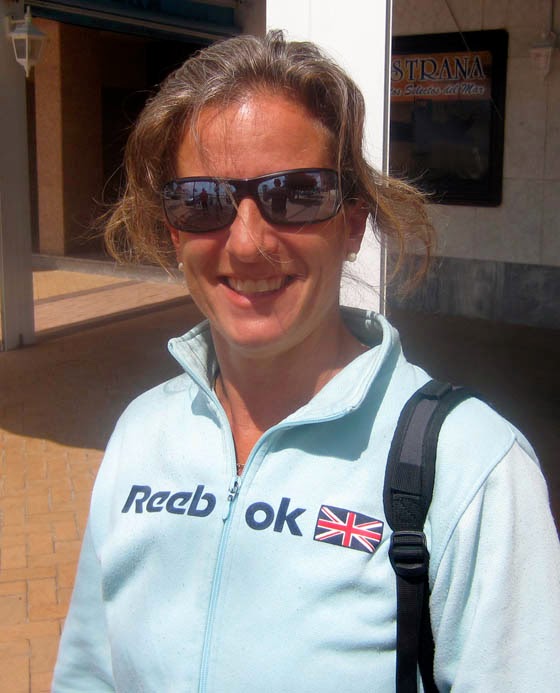 Our dear friend Elena was born and raised in Bilbao in the north of Spain, but she lived and worked for a number of years in England, where she met Tynan. Her Spanish is precise and beautiful to hear. Her English is exceptional. She can speak proper English and also Tynan’s version of English, which apparently only people from Chesterfield even consider English. Sometimes, however, we are reminded that English is not Elena’s first language.

This morning, we three were talking about a really wonderful guy we had just met. Charming, intelligent, warm, kind. (Oh, yeah, he’s cute, too.) I’ll call him “Cid.”

San Geraldo’s initial impression was that Cid was gay (not that there’s anything wrong with that). He said his gaydar (see note at bottom) was working. But, honestly, our gaydar hasn’t worked very well since we moved to Spain.

Most Spanish men, gay and straight, are much more physically demonstrative than their American counterparts. Kissing in greeting is normal. Touching and hugging are perfectly acceptable and very common. It’s refreshing but can be confusing for members of other cultures (like ours) so unaccustomed to it.

As we parted company with Elena this morning, we all commented on how much we liked “Cid.” San Geraldo said, “My gaydar tells me he’s gay.” Elena agreed. But then we explained to her how difficult it is for us to rely on the old signals in this much more open culture. She understood.

Then she said, “It’s especially difficult if he’s in the wardrobe.”

‘Like how he dresses?’ we both thought. ‘How odd.’

Wait! It dawned on us both at the same time. Wardrobe… “Did you mean closet?” I asked.

Elena said, “What’s the expression when it’s a secret? Isn’t it ‘He’s still in the wardrobe’?”

We explained that it was called ‘being in the closet.’

Not that there’s anything wrong with that…

“She did not shut it properly because she knew that it is very silly to shut oneself into a wardrobe, even if it is not a magic one.”

— C.S. Lewis, The Lion, the Witch, and the Wardrobe

____________
Note:
The Urban Dictionary defines “gaydar” as the ability/gift of being able to detect homosexuality in other people.