I’m happily back in Spain with San Geraldo (and Dudo and Moose), since Friday afternoon. As I’ve walked around town, I’ve received hugs and kisses to welcome me home. Some of those hugs and kisses have even been from people I know. I love Spain. 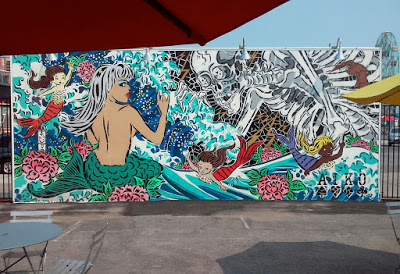 My Mother The Dowager Duchess has been in her own home nearly two weeks. She’s not as strong as she used to be, nor as energetic. But her back is perfect and she’s feeling better every day. She’s got private 24-hour assistance for the first four weeks at home and she’s grateful for that… But she can’t wait to have her independence again.

The Duchess was a much better hospital patient than San Geraldo or I could ever be. Seven and a half weeks? Seven hours and we’d have been whining non-stop. Of course, my mother had her moments… and days.  So I spent a lot of time being “Little Mary Sunshine.” (I don’t know how my mother felt about it but, sometimes, I wanted to slap myself.)

The photos are from Coney Smorgasburg. At a variety of locations around New York City, Smorgasburg “showcases the best of Brooklyn’s artisinal food scene.” Coney Island’s Smorgasburg includes a street-art show. I was there on a Wednesday, when only a couple of food stands were open, so I got to enjoy the art in relative solitude.

Listen to the music and click the images. I hope you feel “like a room without a roof.” 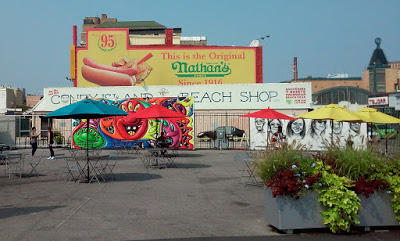 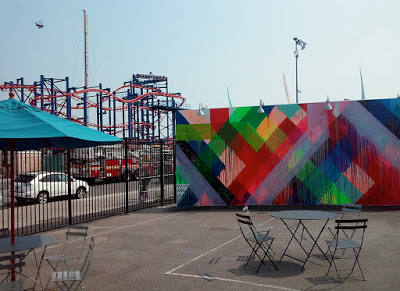 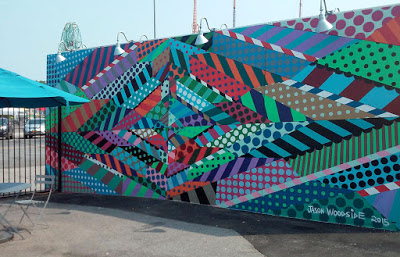 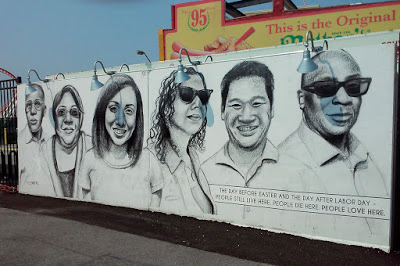 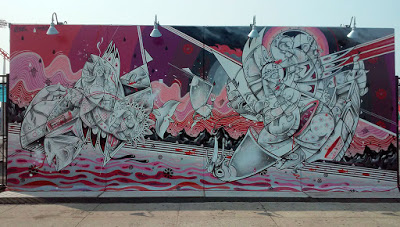 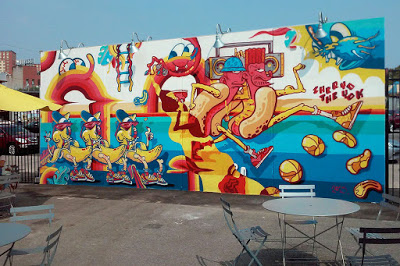 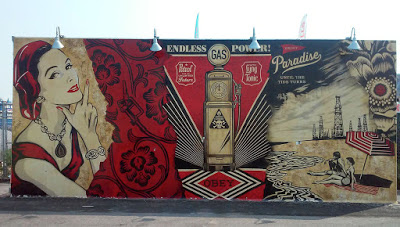 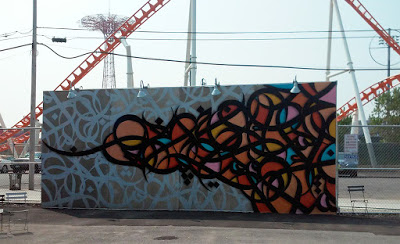 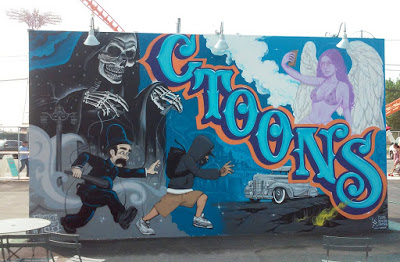 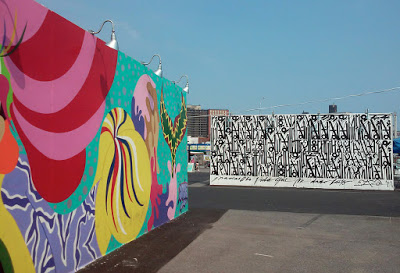 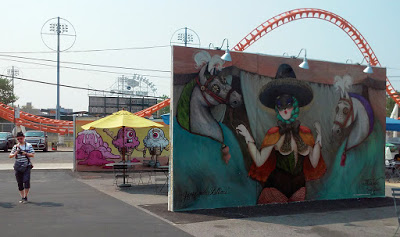 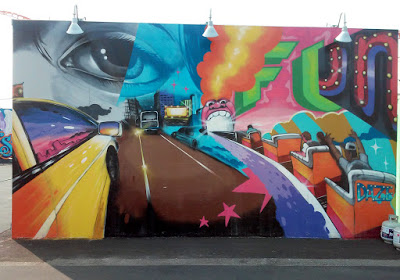 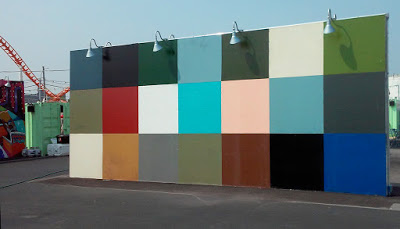 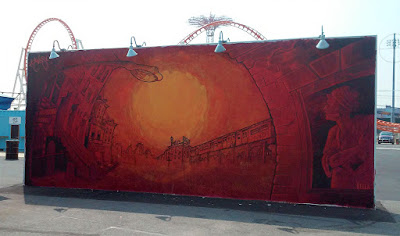 Jet-lagged… But, clapping my hands.