… We all scream for ice cream.

The Dowager Duchess would love it here in Sevilla because her favorite food group is well-represented. It’s called helado, but The Duchess knows it better as ice cream. (I remember The Duchess dieting when I was a kid. If she did well in the morning, she’d reward herself at noon with a bowl of ice cream. Fortunately, she never really needed to diet.)

Sevilla has “artesan” ice cream makers all over town. They make the ice cream fresh and the flavors are exotic, unusual, and surprising. I’ve been to some exceptional artesan ice cream shops here, but my favorite is also the first one we found. Villar, on the street named Puerta de la Carne (or Santa Maria la Blanca), is the place we went almost every night after dinner while we were living in the hotel last year. We were always greeted with huge smiles, offered tastes of new flavors and little dollops of specialties topping what we ordered. We walked back to the hotel every night, murmuring over our treasures and imagining what we were going to have next time. Some nights, I would be told to try the flavor that had just come out from the back. Some nights, the flavor sounded god-awful. Cheese and dried figs? Even if it could possibly taste okay, who ever heard of cheese and figs refreshing the palette? Well, when made by magicians, cheese and figs blended together make a delicious ice cream.

My cousin Al is in town for a break from his business travels around Europe. He heads off on a cruise ship late next week where he’ll give some lectures on contemporary art and then, I hope, relax and enjoy the trip. He had been traveling and working non-stop for the previous 11 days. He arrived in town late Friday night and, knowing how tired he must be, I dragged him out Saturday morning for about six hours of sight-seeing. Truthfully, there was no dragging involved. He could have gone for another six hours.

We shopped, we strolled the Cathedral, we climbed the Giralda, we walked, we had tapas, we had ice cream, and we toured some more as we walked home. I had a great day. The highlight was spending time with Al. Coming in second was the ice cream. Well, let’s just say the highlight was having ice cream with Al. Al had two scoops of two different flavors in a cone. I had three different flavors in a cup. I love the taste of cones and I especially love the chocolate-dipped cones. But I don’t like the potential mess. I made a mess with my cup just the same since it was piled so high. I had cheese and dried fig, Santa Barbara (candied fruits in a tangy base), and melon. I don’t remember what Al had because I was too absorbed in my own. I know he had a flavor made with goat cheese that sounded awful to me. He said it was exceptionally good.

Today after breakfast, Al and I went to the Center for Contemporary Arts of Andalcucía. We had a great time, but no ice cream. Tomorrow, I think we’ll end up in the charming old Jewish Quarter called the Barrio Santa Crúz. And, as long as we’ll be in the neighborhood (Villar is on the street that borders Santa Cruz to the north), it wouldn’t be polite to not stop by to say “hola.” And, well, as long as we’re there, we might want to sample some of the remaining 20-or-so flavors we didn’t try yesterday. As I said, just to be polite. Besides, it’s supposed to be 108 degrees tomorrow (42C). The ice cream will be required for our survival. (The Dowager Duchess would say it always is.)

Many people were appalled (well, nauseated) by my previous post describing San Geraldo’s love for a late-night snack of bread and milk. The idea — and appearance — is disgusting to me, too. However, San Geraldo indignantly explained this morning that I missed the entire point. 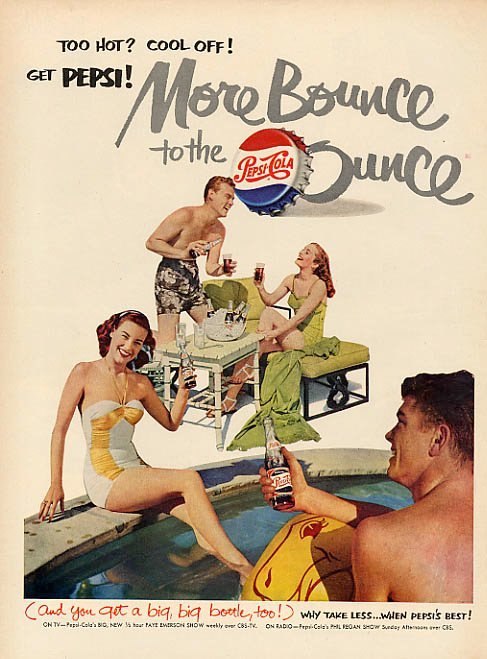 But San Geraldo has another favorite from his childhood that’s even worse. He started enjoying it when returning home from the orthodontist after having his braces tightened.

For my international friends who might not be familiar with Wonder Bread, it was one of the early heavily processed white breads (1921) to be packaged in the United States. Around 1930, the makers started packaging it already sliced. Unheard of at the time. As the ads said, it had “red, yellow, and blue balloons printed on the package.” It also supposedly helped “build strong bodies 12 ways” because they began to “fortify” it with 12 vitamins and minerals. (My opinion: It never really tasted like bread, but it was great for wadding up into clay-like action figures.)

Worse than the combination of bread and cola, Jerry enjoyed this concoction from a Tupperware drinking ‘glass.’

I’m sorry, but I don’t think anything should be drunk from Tupperware. I tried drinking from a Tupperware glass the first time I visited his parents and it just didn’t taste right. Even water tasted sour. Also, I’m not a dunker. Seeing semi-solid masses of somethings floating in my beverage… blech!

San Geraldo has a relative who loves Colorado Bulldogs. Milk, Pepsi (or Coke), Kahlua, and vodka. I’ve never seen her drink one from Tupperware. But I wouldn’t be surprised. 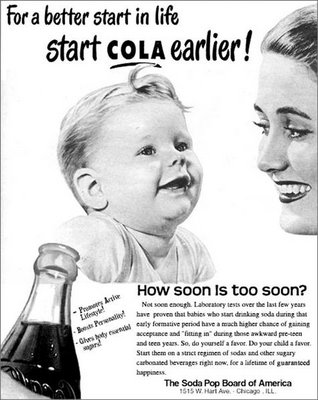 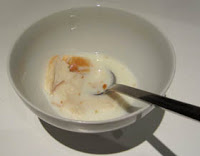 It’s 1:41 a.m. and the jack-hammering has stopped. Now, I just hear pounding. There’s a work crew in the street below our windows. I assume something urgently needs repair. Why else would they be here at this time of night? It’s disturbing my beauty sleep.

It was around 1:10 a.m. and San Geraldo had just said good-night. He was having trouble falling asleep, but said he thought he was finally ready. I had just put down my Kindle because I could no longer keep my eyes open. A good sign. I turned off the light. I hadn’t even removed my hand from the lamp when the noise started. I turned the light back on.

San Geraldo looked out the balcony door and said, “You won’t believe this. There’s a road crew parked across the street.” Of course, my first thought was, “I’ve got to get a picture.” I did so and then closed the solid shutters on all the balcony doors. That helped quite a bit, but we won’t be sleeping until they’ve completely finished.

I found San Geraldo in the kitchen mixing up his favorite late-night snack of bread and milk — using hamburger buns from the freezer. I don’t think a snack can get much worse than bread and milk. I had fruit.

It’s now 2:07 a.m. There’s a decent-sized hole in the ground, a vertical pipe is exposed and the men are working quietly. Dudo and Moose are hiding under my bed. I’m going to try and sleep now. If I’m not successful in my usual spot, I might join Dudo and Moose.

My brother Chuck’s regular refrain when we were kids: “I’m not speakin’ to you!” (with a very strong emphasis on the “p”). He used the phrase more often on Dale than on me. I was more than 5 years his senior and she was more than 8. She had a way of getting under our skin. And she loved every minute of it. So, Chucky would regularly come stomping into the bedroom we shared and walk up to the small chalkboard my father had mounted on the wall. He would draw an angry vertical line down the center to form two columns. Atop one, he would write “GOOD” and atop the other, “BAD.”

I could always hear Dale’s laughter from the other room. She’d usually sweet-talk herself off the board within an hour. (She was as good at being apologetic as she was at being annoying.) Chucky would erase everything — in preparation for the next time. I was rarely on the bad list. However, when I was, it was for a much longer stretch. He once got so angry with me, he roared, “You know what you are?”

“What?” I cooly replied.

He snarled, “You’re a real dammit!”

This all came to mind late this afternoon when we brought the cats home from their follow-up visit with the vet. They behaved exactly the way they did two weeks ago. They were not happy about being stuffed into their carriers (Jerry grabbed Moose and I grabbed Dudo). They were not happy — although they were gentle — about being handled by the doctor (who commented on how beautiful and unusual their eye color is, pure gold sometimes, vivid green at others). Dudo did not enjoy being carried through the streets amid the noise and traffic. (Moose seemed to like that part.)

When we got home and opened the carrier doors, they both shot into the living room and under the couch. They individually came out to eat a couple of times, but would not make eye contact with us as they sped quickly by. Then it was back under the couch. We tried talking soothingly to them. No reaction.

I kept hearing in my head, “I’m not SP-eaking to you!”

After about four hours, Moose let me cuddle with him on the floor for a couple of minutes. When Jerry bent down, he turned his back and rudely walked away. Dudo continued to ignore us both. It has now been eight hours since we returned home. Dudo just came into my room and let me stroke his back — for a brief moment. Jerry just went and talked to them both. They went back under the couch.

So, it looks like I may be first to be forgiven. I sure hope we’re both off the “BAD” list soon. I’m feeling like a real dammit.

I was walking home the other day and made a tremendous discovery. A new gym has opened about 2 minutes away from our house, right on Calle Baños. It’s a simple place (no sauna, no pool, no classes, just one big room filled with brand-new equipment and free weights. And it’s affordable — i.e., cheap! So that’s my birthday present to myself. The other neighborhood gym is nice. It’s much bigger, offers classes, and has lots more equipment. But it doesn’t have one square-inch of free space. I hit my elbows on other equipment and other gym members when I try to work out. Just a bit too claustrophobic for me. I’m hoping to make it through the night without injury (no falling out of bed — my leg is finally healed enough that I can bend down without whining), so I can start working out there tomorrow. I used to work out religiously and loved every minute of it. I’ve been lax since arriving in Sevilla. I’m really excited to get back into a much more regular routine.

There are plenty of opportunities for exercise here in Sevilla. Great running and bicycling trails, an excellent public bike rental system, and of course constant opportunities to walk through beautiful parks and streets. I’ve been taking regular walks along the river and continue to find more and more of interest. Natural beauty and public gardens, along with museums and cultural centers. There are also several kayaking clubs that encourage people of all shapes and sizes to hit the river. Jerry would love that (and has done it in the past). I’m too afraid of flipping the boat.

On one of my walks across the river to the Island of Cartuja, I stumbled upon the Gardens of the America’s. Built for Expo ’92, it includes a contemporary building containing plants from the Americas; behind it along the river are beautiful gardens containing more of the same. Due to a lack of funds and poor management, the gardens were abandoned shortly after the exposition, leaving much of it to die or become forlorn, and bridges and walkways to rot and collapse. In 2007, a new managing foundation was formed and, five years later, the gardens and structures are in great shape.