“Jerry,” I whispered, “I have to pee.”
“Here,” smiled his mother from behind him, as she offered me an empty Maxwell House can.
It was my first visit to the Midwest — and Jerry’s parents. We were fishing for walleyes and crappies, fish that don’t swim in the waters off Coney Island, where I had grown up.
We sat in the only boat, in the middle of the only lake in the town of Ihlen, Minnesota. Population 107.
Jerry and I had been together for almost a year. He had met my parents when they paid us a visit in Boston.  So, we decided it was time for me to meet his parents. We had left Boston five days earlier for a week of home-cooked meals, home movies, photo albums, and fishing. A chance for me to get to know Jerry’s parents. A chance for them to get to know me. It had been an exceptional week — up until that moment.

My middle-class, East Coast, Jewish upbringing had not prepared me for that moment. In my family, there was an unwritten law that men did not ‘go to the bathroom’ in front of women. Nor, for that matter, in front of other men.
In my family, toilets flushed and did not have “Good to the last drop” printed on the side.
But, this was not my family. And I was not in Brooklyn anymore.
We sat in Jerry’s father’s tiny fishing boat on a late-spring afternoon. A light breeze played with the leaves in the old oak trees before gently dancing across the lake, a breeze just cool enough to keep the mosquitoes at bay. We all four wore sweatshirts. To protect us — I had been told — from the damp air. But, after watching Alice as she cast for the first time that day, I learned that what the sweatshirts really protected us from were Alice’s wildly flying hooks. 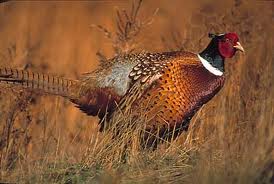 Alice had vainly scanned the lake before her to see where her bait had touched down, while Jerry gingerly removed her hook, line, and sinker from the shoulder of my sweatshirt. A couple of hours had transpired since Alice’s hook had attached itself to the crotch of my, thankfully heavy, Calvin Klein jeans. Her casting skills had improved as the day wore on and, finally, we all sat tranquilly, having been calmed by the rhythm of the water gently lapping the boat and the call of the pheasants from the mist at the far end of the lake. I had just drained my third can of beer when it struck me that there was no place on this over-sized rowboat for a bathroom.
Jim — a huge, bear of a man with a huge, deep voice to match — sat in back holding his fishing rod, a devilish smile playing at the corners of his lips, a glint in his brown eyes as they peeked from under his John Deere cap.
Jerry held a worm between his fingers, about to bait his hook.
Alice, her green eyes catching the colors in the sky and water, her blond curls bursting forward from the snugly-fitting hood of her navy blue sweatshirt, still held the coffee can in her large Norwegian hand.

And I sat, mortified, desperately trying to hold my water.

“I can’t go in that!”
“Why not?” asked Jerry — knowing full well why not.
“Well, not in front of your mother!”
“I’ll turn my back,” she offered.
‘Oh, isn’t she helpful,’ I thought.
“I can’t. You’ll still hear it,” I sputtered. I could feel the blood rushing to my head. My face must have been as red as the night crawler Jerry now gleefully impaled on his hook.
“So, just go over the side into the lake,” Alice offered.
And Jerry, ever the loyal son, nodded his agreement. And, for the first time, I noticed they had the same sinister smile.
There was an interminable silence as I tried to regain control of my lungs. I must have looked a fool, sitting there with this family of evil Midwesterners, my face red with embarrassment, my legs clamped tightly together.
Then Jim, still smiling (but was it malevolently now?), gently set down his rod and reel and tugged on the outboard motor.
“Where are we going?” asked Jerry.
“To shore,” replied Jim. “There’s a biffy on the south side of the lake.”
“A biffy!” Jerry squawked. “You never motored us to shore when we had to go to the bathroom. We always used the coffee can.”
‘Oh, God,’ that couldn’t possibly be the same coffee can that Jerry and his sisters had used more than twenty years before. Could it?
“Well, Gerald. Mitchell here is a city kid. You can’t expect him to do everything our way the first time out. We’ve got to introduce him to this stuff gradually; we can’t take away all his luxuries at once. Let’s let him use the biffy this time,” Jim lectured, but I could hear the repressed laughter in his voice as he motored us to shore. 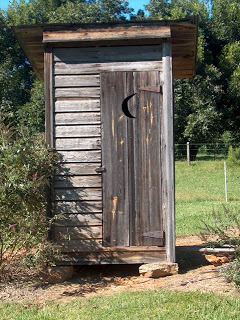 ‘What’s a biffy?’ I wondered as I peered into the dark trees in the distance.
And then I saw it. ‘An outhouse!’ My heart sank and I thought, ‘Luxuries? He expects me to go in one of those vile, foul-smelling things? And for this I’m supposed to be grateful?’
But, then I remembered I didn’t have much choice. It was the outhouse or the coffee can.
When we reached shore, I leaped from the boat and quickly ran to the outdoor toilet — as quickly as a man can run with his knees held tightly together. I pulled the door closed behind me. Of course there was no lock. I hoped the 107 residents of the town of Ihlen had their own outhouses. I was in no mood to share.
I looked up.
‘At least there’s ventilation in this thing,’ I thought.
But, the tiny screen windows above my head did nothing to lessen the stench from the fetid mass in the hole below. I unzipped and then held my breath as I emptied my full-to-bursting bladder. Mosquitoes buzzed in my ears and hungrily fed wherever I could not reach with my free hand to swat them away.
The pheasants cried.
The three Lowells waited, planning my next humiliation as they sat in the only boat, on the shore of the only lake in the town of Ihlen, Minnesota. Population 107.