When my sister Dale was 21, she was traveling in Europe and met the man of her dreams.  He was British.  Four months later, he flew to New York to marry her and two days after that she returned with him to the UK.  She stayed briefly in Edinburgh, then South Yorkshire before heading to Germany for a couple of years and then back to England for good.  I visited them for the first time when they were married only six months and she had just learned she was pregnant.  The baby was due two weeks after their first anniversary.  I had just turned 19.  I flew to England with no plan except to hang out with my sister and her knight.  I stayed way too long (five weeks, I think), but they never let on and I then flew to Italy to see a friend.  When I returned to New York, I was visiting with a cousin who always surprised me with her insights.  She was five years older than Dale. 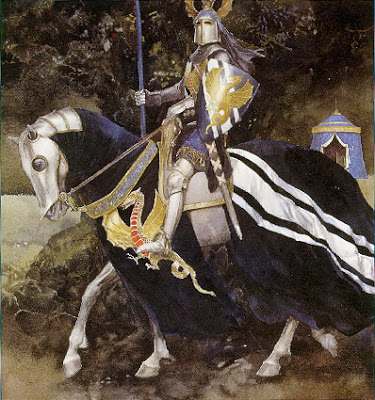 My cousin said, “I always worried about Dale.  She lived in this fantasy that a knight in shining armor was going to sweep her off her feet and take her away to a foreign land.  I thought she was going to be heart-broken when she discovered that that just doesn’t happen.  Then, it turns out she was right.  Along comes her prince.”

I didn’t know how to tell my cousin that Dale and I lived in that same world, and if it had been unlikely Dale’s prince would arrive, what were the chances I’d ever get one.

Sadly, well heartbreakingly, Dale died of cancer less than nine years after getting  married.  But she died very much in love and very much loved.  Five months later, I met Jerry in Boston.  He was from South Dakota.  Definitely a foreign land.  As a matter of fact, to a New Yorker, South Dakota is more foreign than England.  So, I got my knight in shining armor, too.  And I hope he got his.

By the time Jerry and I met we had both already begun to sweep ourselves away to places less familiar, and we’ve continued to be swept — together.  It’s funny how, after all this time, I can still see the knight.  The armors been in and out of hock and it doesn’t fit quite the way it used to, but he’s still pretty shiny.

Putting A Ring On It

So, after being together for more than 29 years, and having registered as domestic partners when it became legal in California in 2003, we finally took the step we thought we would never take and we were legally married in 2010.  We thought we would never take the step because: (1) when we met in 1981 it never dawned on us that it was in the realm of possibility, and (2) we were a bit radical in our politics and felt we didn’t need conventional validation.  Well, times change.  We still don’t need conventional validation, but we do expect to be treated equally. 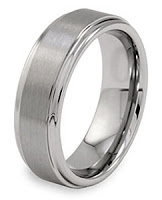 To be honest, we might never have chosen to legally marry had it not been for our Spanish visa applications.

We wondered if our domestic partnership would be clear enough for Spain — where people like us can legally marry, not just domestically partner.  Since we’re applying together for residency visas (if I’m not approved, then Jerry’s not going), the marriage certificate is a good idea.

Five states and the District of Columbia have legalized same-sex marriage.  So, our options were four of the New England states (Connecticut, Massachusets, New Hampshire, and Vermont), Washington, D.C., and Iowa.  Iowa!  California — “land of fruit and nuts, and home to all those liberals” — California only briefly allowed gay marriage before special interest groups, primarily from out of state, put an end to that.  We’ll see what happens with that legal battle in early 2011, but until then California will not give us a marriage certificate.  So, we chose Iowa.  Close to our South Dakota family who could celebrate with us.  And tremendously ironic we thought.  Leaving liberal California to get married in Iowa.  Yep, you really ought to give Iowa a try.

For weeks we discussed the logistics of our Iowa wedding.  As far as we were concerned, it was simply a piece of paper.  After some conversations with staff at the county courthouse in Sioux City, Jerry made the arrangements and then connected with a wonderful minister.  Her first question:  “Will you be writing your own vows?”

Vows?  Who said anything about vows?  Do we need vows?  I don’t want to do vows.  I don’t want everything getting all sappy.  It’s not necessary.  This is just a piece of paper.  (Besides, I tear up easily.)

Her next question: “What about rings?”

Rings?  Now we need rings?  Who said anything about getting rings?  Come on.  We’re not going to need a cake, are we?

So, Jerry and I talked.  Jerry wrote vows and I approved them.  No mention of God.  And an acknowledgment that we were already “married” 29 years.  This is just for a piece of paper and will absolutely not take over as our anniversary.

We agreed to get rings.  That might be fun after all.  We found heavy tungsten steel bands, a combination of brushed and polished.  We had our initials and our real anniversary engraved inside.  It was reassuring to know that if I ever got my ring finger stuck in a car door, the ring would not bend.

Some days later, Jerry suggested we wear our Norwegian sweaters (a generous Christmas gift from Peege in 2009) for the ceremony.  And I thought, ‘Crap.  I didn’t even think about the fact that we’d have to WEAR something.’  (At least we wouldn’t be in the blue paisley brocade tuxedos my brother and I wore for my bar mitzvah.  But, then again…)

I won’t go into detail here about the wedding ceremony except to say that we were in wonderful company in a charming park on the Missouri River in Sioux City, Iowa at sunset.  It took 15 minutes, after which we all drove back to Sioux Falls, South Dakota for an excellent and joyful dinner.

OK, I’ll admit it was really moving.  It turned out to be a lot more than a piece of paper for us both.  I tried to make jokes during the ceremony to avoid tearing up.  But, after the second joke, I figured I’d get in trouble.  So, I stopped joking and I starting tearing up — a lot.

For a bit of local color:  We spent much of our 1-1/4-hour drive from Sioux Falls to Sioux City behind a truck filled with pigs.  It took us an hour to figure out where the awful smell was coming from.

Progress on our now-17-page spreadsheet:

Our Iowa marriage certificate has been translated into Spanish and is currently with the State Department for the required apostille (in essence, an international notary).

Most importantly, Jerry told me I had better be serious about staying together.  He read that if we decide to divorce, Iowa law requires us to live there for a year.  No offense, Iowa, but that will never happen. 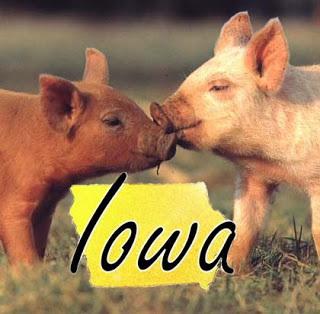 Thanks Iowa for making our wedding day possible and memorable.

3 thoughts on “Knights on White Horses”