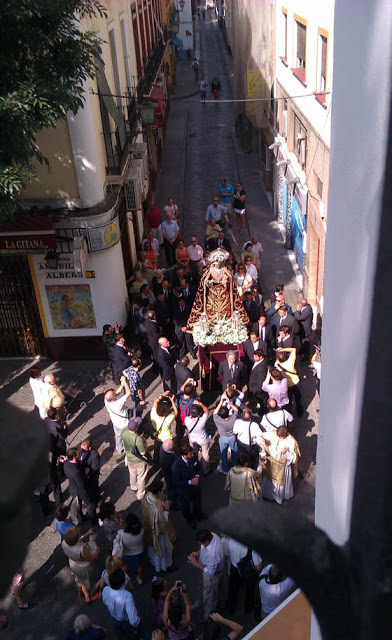 It’s another beautiful Sunday in Sevilla.  This morning, Jerry and I puttered around the house with all the doors and windows open, enjoying the cool  (72F, 22C) before the temperatures began to rise again (to 90F, 30C).

Right around noon, I was sitting here at my computer when I became aware of the very strong fragrance of incense.  I heard voices and what sounded like chanting on the street, but didn’t register anything until Jerry called out to me that there was a procession coming down Calle Baños, heading our way. 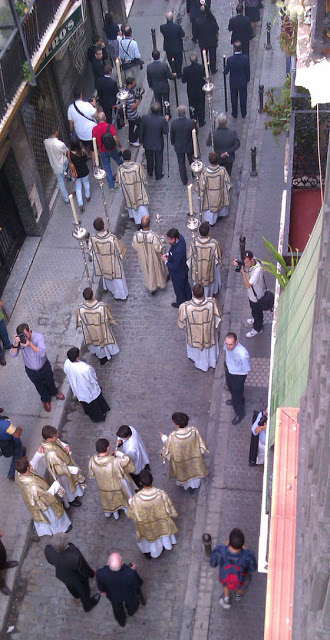 Jerry was standing on one of the living room balconies, looking west onto Calle Baños.  I joined him to see — and hear the singing of — a beautiful small procession carrying a statue of the virgin.  (I’ve mentioned before that Sevilla has a lot of virgins.) We then watched from balcony-to-balcony as the procession turned north onto Calle Cardenal Spinola alongside our building, finally making its way to the small Convent of Santa Rosalía (rebuilt in 1762 after it was destroyed by a fire) just two doors up. 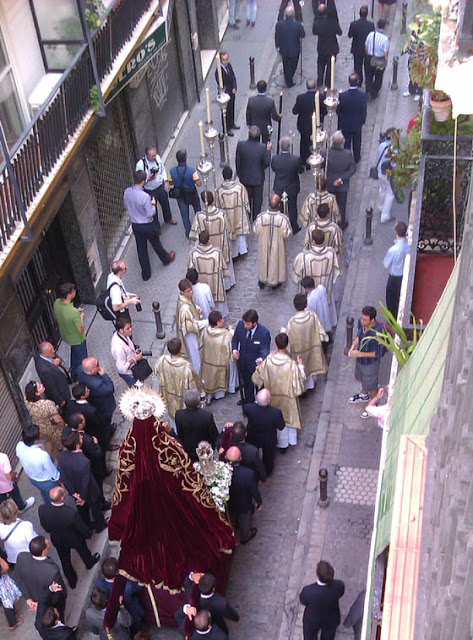 13 thoughts on “Heard on the Street”