Jerry’s mother, Alice, had a great lemon bread recipe that we (Jerry) are, so far, unable to reproduce here in Spain because it requires pre-packaged ingredients that we (Jerry) haven’t been able to find. However, when I mentioned the recipe in a recent post, I received a lot of requests for it. So, here it is in Alice’s own hand. If you have any questions, let me know. (And I’ll ask Jerry for the answers.) 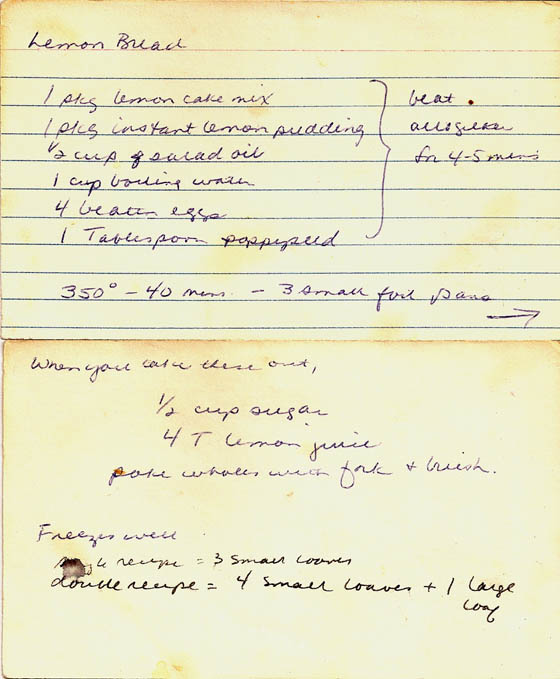 23 thoughts on “Lemon Bread — Just Like Mother Used to Make”