Everywhere I turn in Sevilla right now, there is another Belén (a nativity scene) on public display and free for viewing (although some of the churches have a donation box as you exit). Many displays are much more than just the Nativity. I especially love the ones that recreate entire cities and towns. There’s even a Lego Belén. I might check that out this week if I can find a day when the line of children is not overwhelming.The complexity and attention to detail on some of these displays is incredible. The other day, I happened to pass the one shown below. It was in the covered plaza of a modern office building. For me, pure fantasy. I don’t focus on the “religious” aspect of the scenes (although I know that if I actually understood what I was looking at, it would all be religous). Ignorance in this case is my bliss. 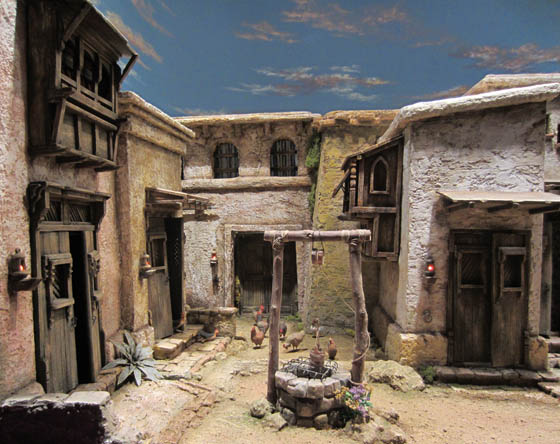 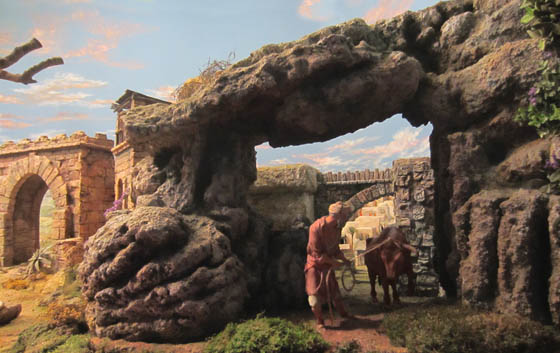 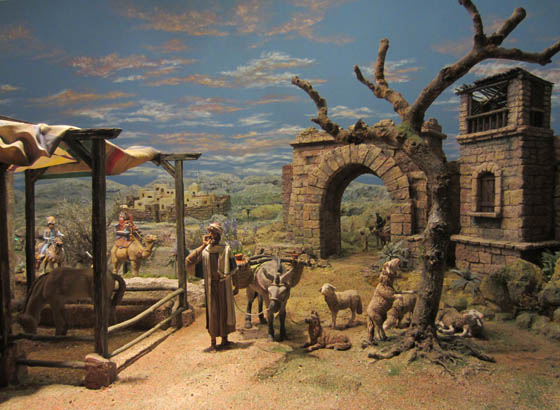 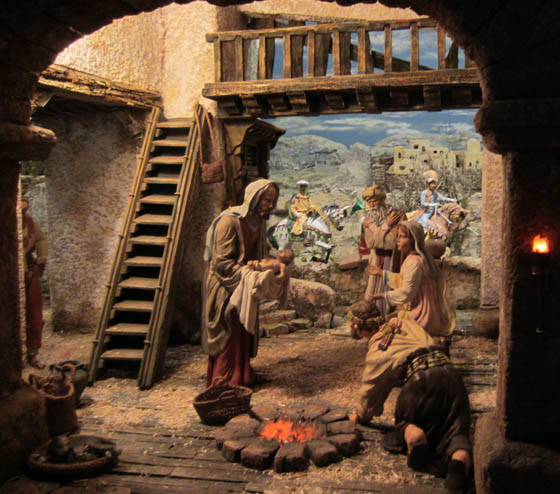 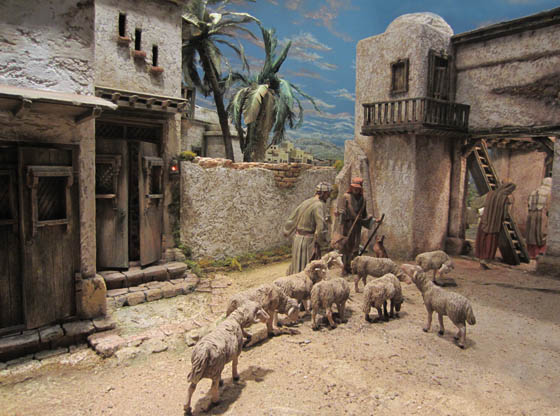