Nissan is hosting an event on the paseo and beach today. They’re promoting their new all-electric car, the Nissan Leaf. The event’s “grabber” is the Spanish World Cup and Euro Cup champion fútbol (soccer) team. There’s a ball machine on the beach for people to practice their fútbol skills and a net for goalie practice, along with other promotions. After morning coffee, I headed over to check things out. I had a good time talking to the reps (in Spanish), although one guy lost me after “la batería de ión de litio se regenera cada vez que frenas o desaceleras.”

Obviously, the rep didn’t know about my experience car-shopping. In 1981, San Geraldo was getting a new company car (before you had to claim it as income). We took a friend of ours, Tom, with us to browse the different options. While at the Saab dealership, San Geraldo was talking to one salesman while another lifted the hood (unsolicited, I might add) for Tom and me to peer inside.

Tom took one look at the pristine engine and squealed, “It’s yellow!” 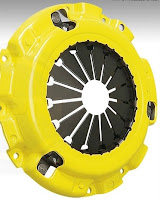 After giving my personal information (in Spanish) to one of the charming Nissan reps, and learning from the other that the lithium ion battery “recharges every time you break or slow down,” I moved on to the fun stuff. The free stuff.

Not surprisingly, I chose to not hit the beach to show off my fútbol skills. Other options: a test drive (totally automated); a professional photo of myself (printed) with the Spanish World Cup fútbol team superimposed in the background; or a photo of myself (using my own camera) with the actual World Cup trophy or Euro Cup trophy. I could even do all of the above. I first chose the computerized test drive. But there were a number of people ahead of me and the goal, clearly, was to sell cars. I didn’t want to waste their time. I then thought it would be fun to have my picture taken with “the team.” I stood in line at that tent for a while, but decided, for me at least, it wasn’t worth the wait. So, I headed over to the shortest line to see the trophies. I asked the security guard if there was someone who could use my camera to take my picture. He told me that, in addition to “security guard,” he was also “photographer.” He took two shots.

The photos weren’t great, but I downloaded and straightened and cropped them (from the diagonal). The Dowager Duchess wants pictures of Number One Son and she has mastered printing directly from my blog. So, I’ve grudgingly shared the pictures here… Even though the security guard managed to make me look nothing at all like George Clooney.