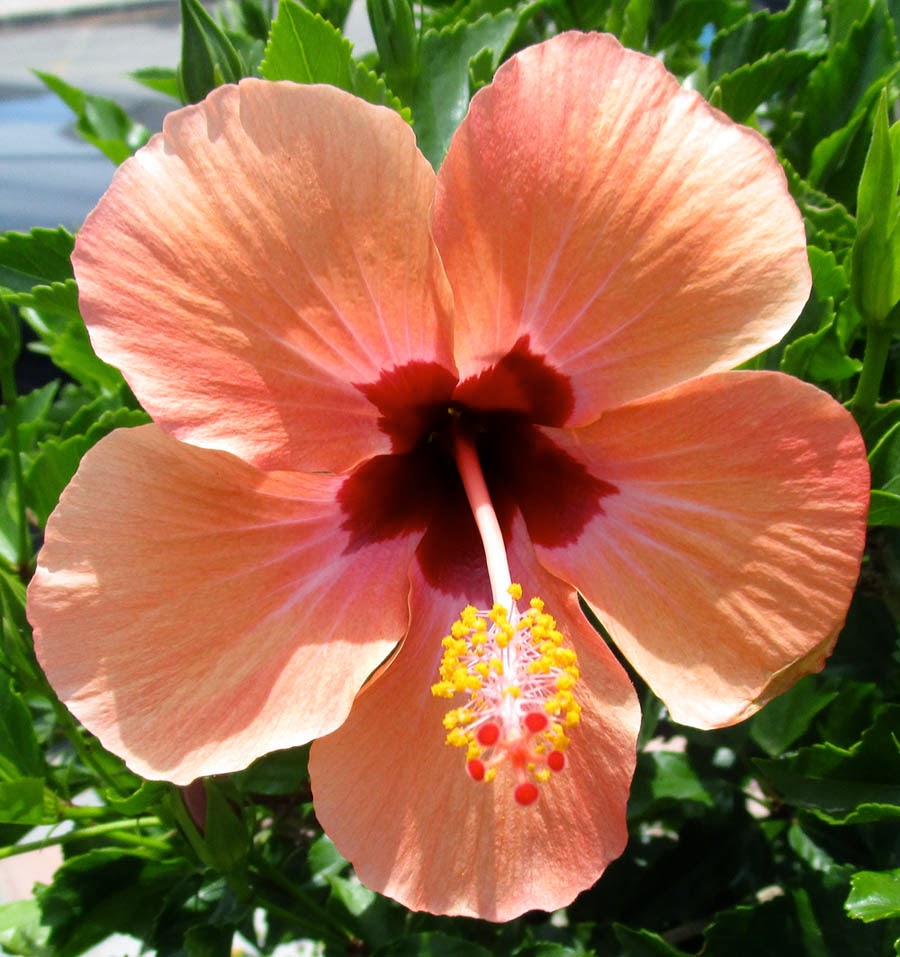 I have no idea what San Geraldo had been on about the other night.

I’m sure it was something inappropriate about his past because Tynan looked at him from across the table and commented, clearly facetiously, “Well that’s a badge of honor, Gerald.”

I decided to go off-theme with the images today. I hope you don’t mind that, instead of urology based imagery, I’ve shared photos of hibiscus I’ve seen around town this week.

Many people think that, among its reputed health benefits (some legitimate), hibiscus is good for prostate health. That would bring this all back to Tynan and Jerry, I suppose. But I offer no false claims here, just beautiful flowers. (For enlarged hibiscus, click any image. For enlarged prostate, see a urologist.)

The Hibiscus Hula (Hibisco Hula*).
(In Spanish… because it was even worse in English.)

*The song’s final “aloha” goes out to my brother-in-law Tom.