My sister Dale would be 60 years old today.  It’s hard to imagine.  She died of cancer at the age of 29 after a 3-1/2-year battle, which means she’s been gone more years than she lived. She died five months before I met Jerry.  Her death eased my way out of the closet.  Something that had been causing me so much grief didn’t seem to be such a big deal anymore.  So, in addition to everything else I owe her, maybe I owe her that, too. 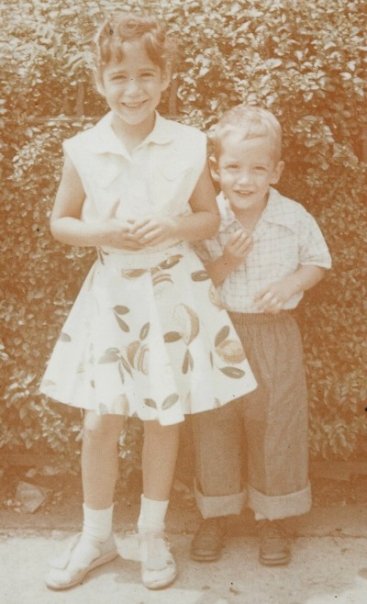 She is always in my thoughts and I just want you to know her a little bit on her birthday.  She was 2 years and 9 months my senior and she was my idol.  I doubt she ever realized that.  I was the one who was good in school and made no effort.  I may not have lived up to expectations for my father who wanted a macho, star-athlete for a son, but I was a good kid who didn’t get into trouble. I went to college and made my father proud on at least that level.  He wanted me to continue to grad school, but I really wanted to be an artist and didn’t see the point.  He was obviously pleased I had gone that far.

Dale barely squeaked her way out of high school.  And trouble tended to find her.  She was never in any major, serious trouble, but she was always aggravating and worrying our parents.  Whenever they would have to deal with another situation with Dale, my mother would turn to me and say, “You’ll never do anything like this to me.”

Honestly, I did a lot more seriously bad things than Dale did.  A lot more!  I just never got caught.  Dale knew and never once gave me away.  And it never ever crossed my mind that she might.  She was loyal.

Dale loved and needed to be needed.  If there was anyone in need, she was the first one there.  I was a sickly kid until I had my tonsils out at the age of 12.  I would regularly run high fevers and become delirious.  In my night terrors, if Dale hadn’t already come into my room to soothe me, I would go into hers.  Never to my parents.  When I was 8 and a neighbor kid, Vinnie Mancuso, hit me in the eye with a baseball bat (accidentally), another neighbor rushed my mother and me to the hospital.  Dale, who had been playing ball with us at the time, went back outside and punched Vinnie.  Poor Vinnie.  I knew from my experience as her bossed-around little brother that Dale’s punch packed quite a wallop.

Dale and I fought plenty when we were kids. But, we never held a grudge.  And we were very quickly out shopping, going to the beach, or doing something else together.  She had expensive taste, loved to shop, and helped me develop some bad (but fun) spending habits.  I was still pretty tight with my money, though, and managed to save quite a bit.  I never spent like Dale.  She got married and moved to England when she was 21, having worked for  three years after high school as a clerk for the New York Police Department.  While she worked, she continued to live with my parents, so had plenty of money for trips to Europe and for clothing.  I worked summers for very little money and I worked Saturdays the rest of the year for even less (I had a friend who called them “rich kid’s jobs”; I wasn’t a rich kid, but I liked to pretend I was). My parents gave me a little bit of spending money.  Dale got paid every Thursday.  On her way home from work, she would go shopping in the city. Bloomingdale’s was her favorite.  Every Friday, Dale would “borrow” money from me to make it to her next paycheck.  I never saw any of that money again.

Dale also taught me to dance.  Days before every formal affair, she would drag me into her room to teach me some new steps so I wouldn’t “embarrass her.” What she taught me were the moves of the Dave Clark 5, the Temptations, the Four Tops, and every other group she liked.  To this day, I dance like I’m a back-up singer.

My sister was a beauty.  She was statuesque and athletic — standing over 5’10” (180cm), with almond-shaped eyes, high cheekbones, thick and wavy chestnut hair.  When I was in my teens and we would be out together, I would imagine that strangers thought we were a couple. “Look at him with that beauty,” I figured they were thinking.  Idiotic, since although I was no beauty, it was very obvious we were sister and brother.

These all seem like such unimportant things.  But these are the things on my mind today.

By the time Dale died, she spoke with an English accent and inflections.  A far cry from the way she spoke when she left Brooklyn less than nine years earlier. When she was 16, she began corresponding with a pen pal in Japan.  Fumiko was 17.  They became the best of friends and remained so until Dale died 13 years later.  Fumiko got married and moved to the United States for a time, right before Dale got married and moved to England.  They never had a chance to meet in person.

About a year after Dale died, Fumiko sent my mother a cassette tape of a phone conversation they had during their first year of friendship.  At that time, Fumiko’s English was poor and Dale’s Japanese was non-existent.  My mother and I decided to listen to the tape even though we knew we would probably cry the entire time.  My father said he couldn’t do it and stayed away.  Jerry stood outside the closed bedroom door.  We held our breath and turned on the tape.  First we heard Fumiko’s voice.  Then, we heard a squeaky, little-girl voice with a powerful New York City accent.  We had forgotten what Dale could sound like.  It was her polite, telephone voice.  We looked at each other and started to laugh.  And, by the end of the tape, we were laughing so hard tears were streaming down our cheeks.  Jerry came in, the picture of concern.  Through my laughter, I said, “You have to hear this.” And I rewound the tape.

Fumiko was telling Dale that she had just won a beauty contest and, as a result, had received a scholarship to college.  She was trying to explain to Dale in very fractured English that it was a music scholarship sponsored by a company that specialized in that. Dale was not “getting it” and was responding in what is best described as Brooklynese.

“Yamaha?” Dale repeated.  “Well, we got a Yamaha here.  But they make motorcycles.” 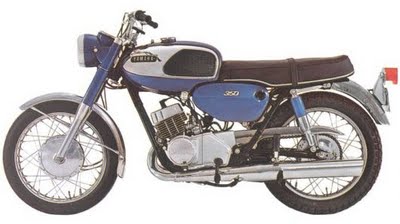 26 thoughts on “Remembering a Big Sister”