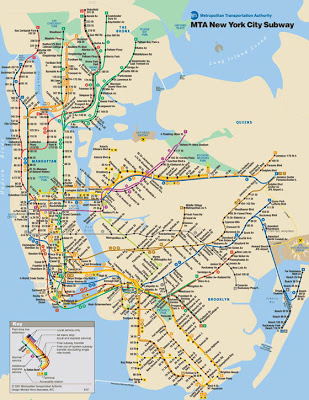 I should start by telling you, very kind readers, that I am doing much better since my last post and actually woke up this morning in a pleasant frame of mind. No pep talk needed! Thank you all for the understanding and empathy, the kind notes, and the moral support.

MY TALENTED BROTHER
I’ve shared a little bit on these pages about my special brother Chuck (or Chucky or Charles or Charlie or CB, depending on how you know him and when you met him). I’ve told you about Chuck’s bowling skills, but I haven’t told you that he possesses many other special qualities and talents.  One such talent: He is brilliant with maps and knows the NYC transit system like the back of his hand — as long as you don’t ask him if it’s his right or left hand. He’s never really mastered that.

Once, while Jerry and I lived in Connecticut, Alice visited from South Dakota and we drove down to New York to see The Dowager Duchess. We then decided we would take the subway to — I can’t remember which — either the Metropolitan Museum of Art or the Museum of Natural History. The Dowager Duchess and I both knew where the museum was located, but we had no idea how to get there by public transportation. I asked Chuck. He provided detailed directions, telling me where to change trains, what stairs to take to get to the next train, even which car to use on each train so we would be nearest the stairs at each station. At the end of his instructions, he said in his very strong New York accent, “When you get off the train, don’t go dis way [pointing right]. Don’t go dis way [pointing left]. Go dis way [using both hands together to point somewhere between left and right].”

For the last leg of the journey, we got on the train car he told us to use. We stood by the doors he told us to stand by. And we all laughed as we reached our final stop, hopping off the train and repeating his instructions aloud. As we finished the mantra, “Go dis way,” we looked up and saw a turnstyle exit with a sign above it directing us to the museum entrance. He is amazing.

DO I GOTTA PAINT YOU A PICTURE?
Chuck is very good with watercolor. He had given us a painting when he visited us in Connecticut in 1990. Ten years later, when we were about to open our hotel, he said he wanted to give us something “for good luck” and asked what would be good. “Anything you want,” he added. I responded, “Why don’t you do a new painting for us?” He loved the idea and asked what the painting should be. I told him the hotel was in Palm Springs, in the desert, with cacti and sunshine, and mountains and a pool; it was on two floors, had 16 rooms, and its name was Viola’s Resort. Any of those things would be fun, I told him. Early the next year, we flew Chuck out for his annual visit and he brought with him three watercolors, which we framed and proudly displayed in the guest rooms.

Jerry’s home office here in Sevilla is all in white and he said he’d like to use Chuck’s watercolors in their colorful frames to make the room more interesting. I knew Chuck would be pleased, and told him the plan. When we visited New York in December, Chuck arrived at my mother’s apartment with a new painting done especially for Jerry. “For his office,” he said as he handed it to me. It hasn’t always been easy for us, but my brother has a very big heart.