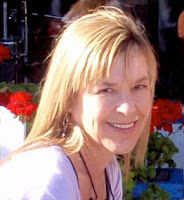 My friend Siri, although born and raised in Sweden, is nothing like the Muppets’ Swedish Chef.  Well, except when she speaks Swedish. Then, I am struck by how well the Muppets’ creators captured the sounds of the Swedish language.

Some years back, I found a web app that “dialectizes” English into “Swedish Chef.” With that discovery, I was filled with joy (well, wicked glee) to be able to write to Siri in ‘her native dialect.’ For example, if I wanted to say, “I miss you terribly and wish you lived right here in Spain,” I could dialectize that to Swedish Chef and say:

“I meess yoouu terreebly und feesh
yoouu leeffed reeght here-a in Speeee“
Fortunately, I can tease Siri about it (as I love to do) because her English is better than the English of just about any American I know.
It wasn’t always that way. When Siri was a college student newly arrived in the United States, her English was already apparently excellent, but if she didn’t know a term or expression she would simply do a literal translation from Swedish. It makes sense. Except when she wanted to vacuum the apartment and asked her new roommate where she kept the “dust sucker.” (And imagine the sound of that with just the very slightest Swedish lilt.)

Siri and I met when I was with the Publications Office at the University of California, San Diego, and she had her own graphic design business. She did a lot of work for our office and she and I became good friends, a friendship that only grew stronger after San Geraldo and I left San Diego. It’s hard to believe she and I have been friends for nearly 20 years.

Siri is a brilliant artist and designer,whatever the medium — paint, mosaic, collage, sculpture. A few years back, she fell in love with the art of beading and began to make jewelry. The more skilled she became, the more unusual became the jewelry. She decided to change her business focus from graphic design to jewelry design — since nothing made her happier than spending her days creating one-of-a-kind pieces. I haven’t written this post to plug Siri’s business, Sirious Design, although I suppose that’s what I’m doing. I’ve written this post to share some beautiful creations, to make your day a little more beautiful, and to make you “ooh and aah”! Or to make you — as the Swedish Chef would say according to the Dialectizer — “ouh und eeh!”
As the Swedish Chef would say, “Bork, bork, bork!”