Tuesday evening, San Geraldo and I went for a walk around town. I had three pocket-packs of (strong and absorbent) facial tissues and was finally ready to face the world. As is usually the case in Sevilla, we happened to be out on the street and in the right location at the perfect time. We were heading home and were in a narrow pedestrian way not far from the Plaza de San Francisco, the plaza behind the Ayuntamiento (City Hall). We peered down the street and saw a light show of sorts being projected onto the back of the building. So, we walked down the street to get a closer look. We had no idea we had arrived just in time to see a brilliant, creative, exciting, and mesmerizing holiday laser, video, and music experience that lasted more than 10 minutes. At times, it reminded me of Monet’s series of paintings of the Rouen Cathedral (with a modern twist 118 years later). 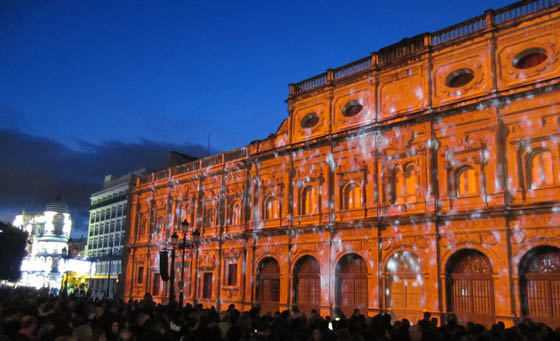 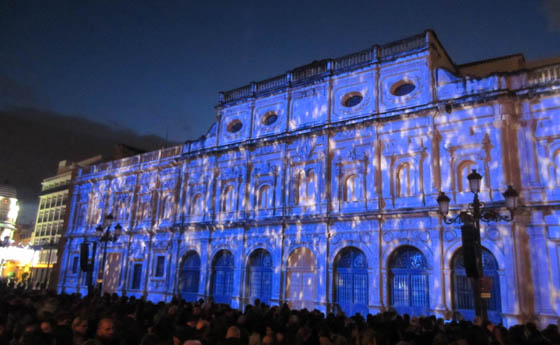 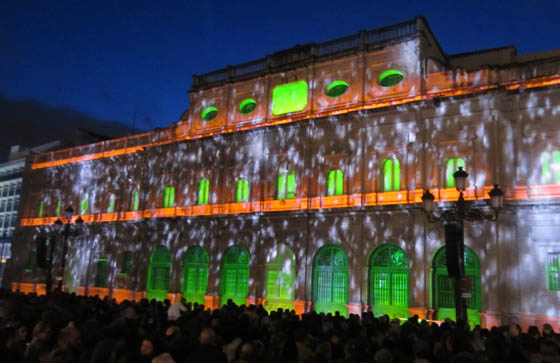 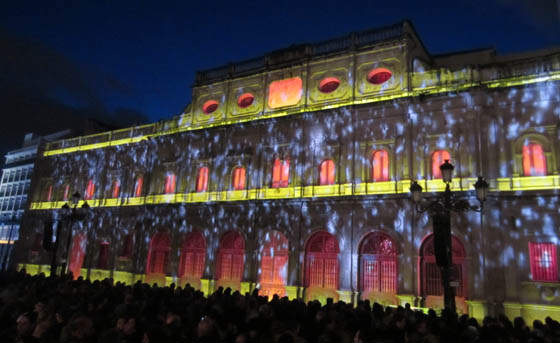 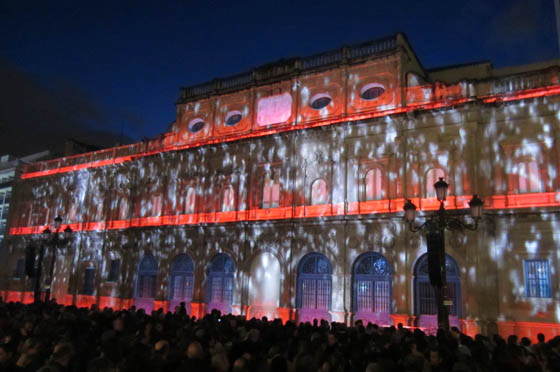 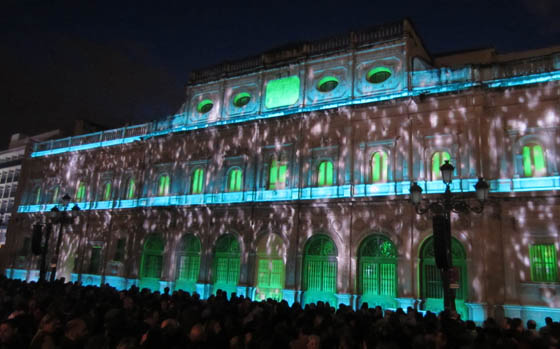 The show began with color and “snow” projected onto the building, whose facade has just been cleaned and restored. There are still boards over some of the windows and at times the missing iron work and detail was projected onto those blank spaces; I’m sure you’ll be able to pick out those windows as you scan all the images. Just when we thought we had had enough of changing colors and falling snow, the fun really started. The show ended with “real” snow being blown from the roof onto the crowds below. (One would think that if they can pull off fake snow twice a day in Sevilla, someone would be able to produce real hot water in our apartment!) I’ve got a ten-minute video of the entire center section of the show, which included one of Columbus’s ships sailing across the sea, the arrival of the Three Kings, and so much more. The photos here are simply what appeared before and after the amazing animiation. The entire building became a shape-shifter. I hope to be able to upload the video onto YouTube. I’ll keep you posted. 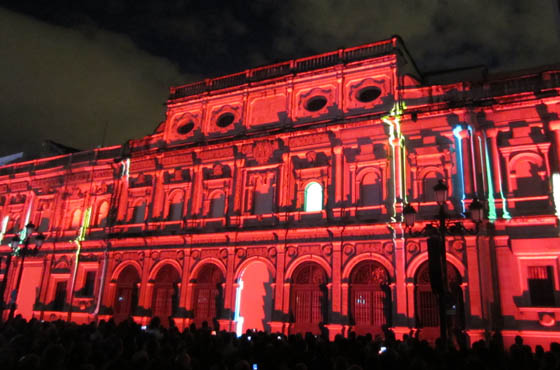 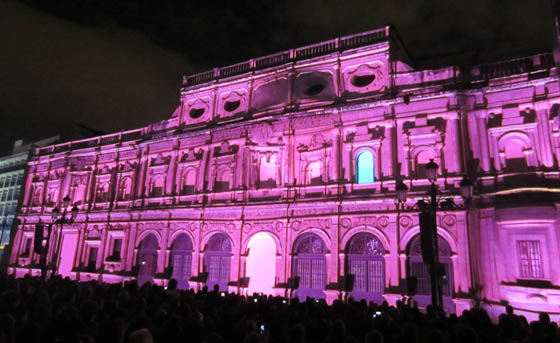 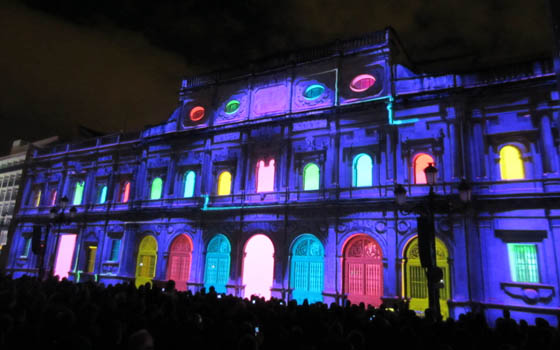 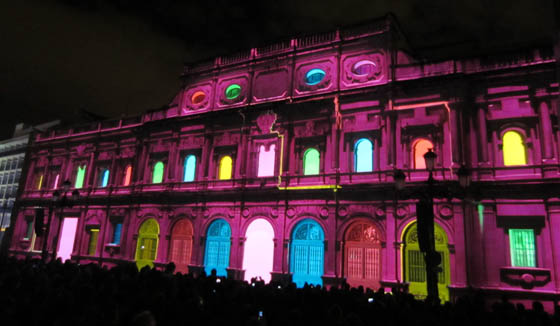 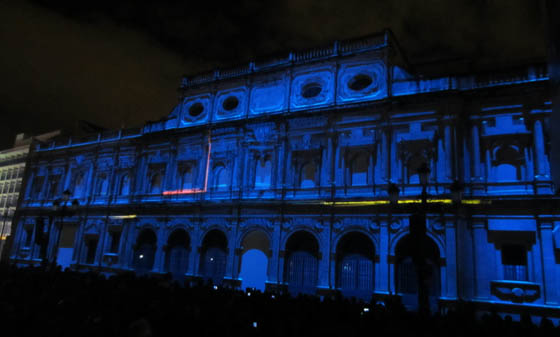 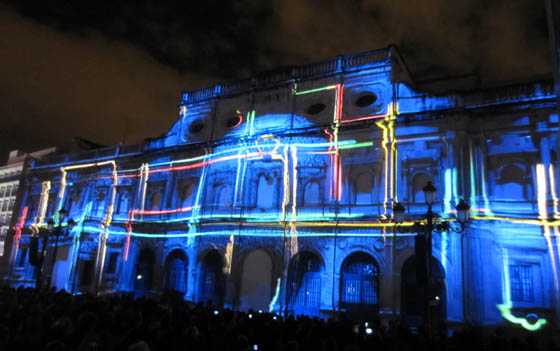 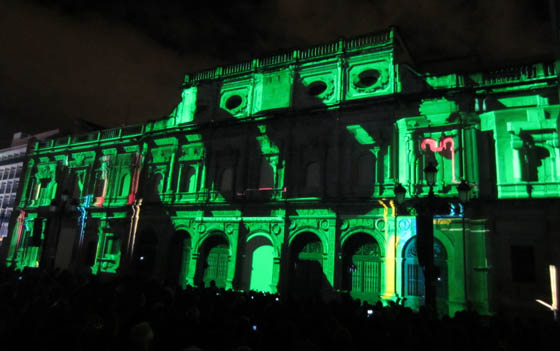 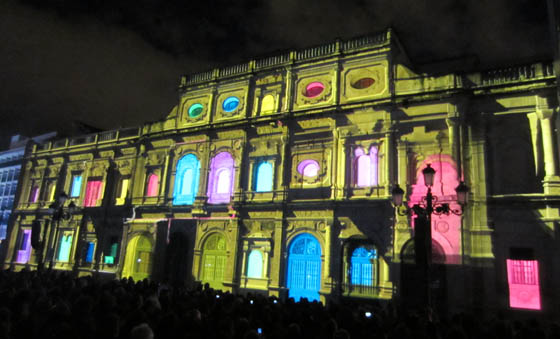 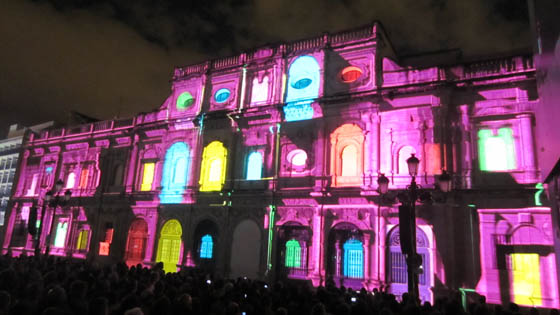 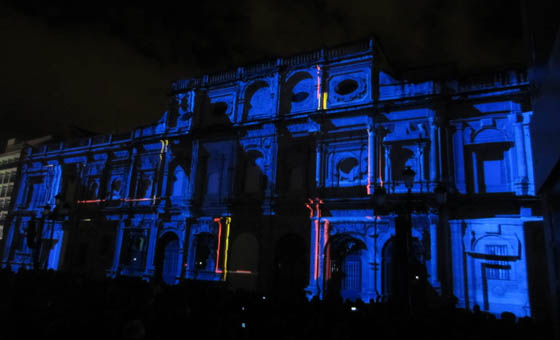 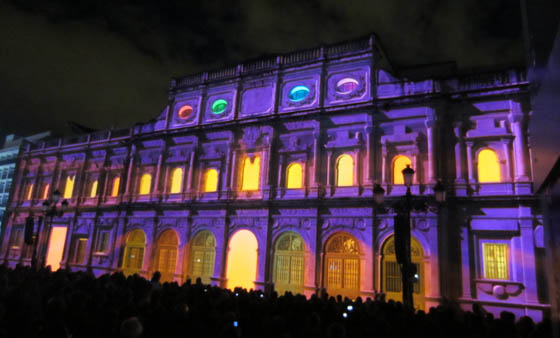 26 thoughts on “Claude Monet’s Got Nothing on Sevilla”