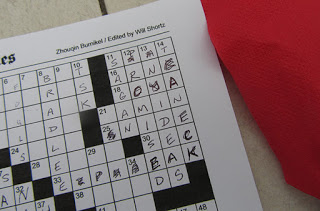 San Geraldo printed out two copies of today’s New York Times crossword puzzle, one for himself and one for Judyshannonstreetwhat. They worked on them simultaneously over morning coffee.

He and Judy are similar in their approach to crossword-puzzle solving. If it’s the correct number of letters, fill it in. If a DOWN word doesn’t work with an already filled in ACROSS WORD, simply scribble out that first word and write another with the same number of letters.

One of today’s clues was “Los Caprichos artist.” That’s the title of a set of works of art by Goya. Judy announced, “GENE!”

Judy said, “Because we already have the G. And it fits!” They both filled it in.

“It could be ‘ANY IDEAS?’ ” San Geraldo responds.

As they both begin to fill that one in, Judy moans, “Well, there goes ‘SNIT’!!!” And they both start scratching out a bunch of letters.

“What do you have for ‘One who’s extremely green’?” she asks.

“Elphaba is the green witch from the Broadway show “Wicked,” explains Jerry.

Their sloppy puzzles made me a little nuts and I finally had to look away. 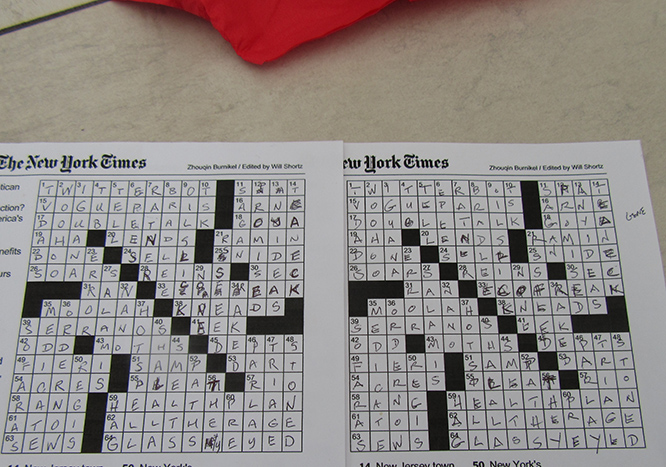 Share your thoughts and experiences. It's always nice to know I'm not alone. Cancel reply