When I was 15, I began working at a summer camp called Kiwi Day Camp. It was run by the New York Association for Brain-Injured Children. (Yes, they actually named a camp for children with disabilities for a bird that can’t fly.) The camp director loved to play “records” on rainy days when we were all confined to the auditorium. He had a favorite record and I found most of the songs annoying, especially the one about thunder and lightning. So, of course, every time there’s a storm, that song loops in my head.

We are in the midst of a huge storm that started during the night and, since misery loves company, I thought I’d share the song with you.

Listen while you look at the pictures (which you can click to make bigger).

“When the thunder comes with a boom boom boom,
we get out our drums and we ‘roon-toon-toon'”? 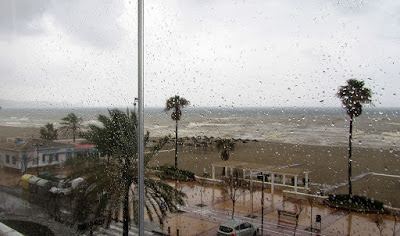