One of the things I love about blogging is the opportunity to connect with special people from all around the world. I had to leave the United States in 2011 to become good friends with someone in Indiana, Jaqueline of “Cranky Bar.” Jacqueline later moved to Florida but she remained just as fascinating.

We very quickly formed a special bond and, at her suggestion, we began to Skype every so often, shared email regularly, and even spent nearly two hours on the phone while I waited for a plane at Kennedy Airport after spending the summer of 2015 in New York as a result of one of my mother’s medical emergencies. I enjoyed every minute I spent talking with Jacqueline; and I HATE talking on the telephone, so that says a lot.

Jacqueline passed away February 6 at the young age of 55. She had been living with Parkinson’s Disease and a number of other related problems. She had a stroke in September (after sending me love on the death of my mother).

Jacqueline often insisted she was a cranky type and easy to take a disliking to. But I think she was making that up. I found her irreverent, but never cranky, and unbelievably easy to love. She was a powerful woman who survived adversity with a smile, a joke, and with empathy and kindness.

She was a gifted writer. Her short stories, often inspired by random photos she would collect, were works of brilliance. Inspiring, magical, moving, and sometimes fantastical. If you have the time scan through the Cranky Bar blog for some examples.

She adored her family and spoke lovingly of her daughter, Jenn (aka, Jennie; aka The Kidling) and her mother, also Jennie (or maybe I should have said her daughter “also Jennie”).

She and I could and did talk about everything under the sun. She was enlightened, intelligent, generous, quick-witted, and self-deprecating. She made me smile and she made me laugh and she made me feel loved.

Jaqueline’s mother, Jennie, posted info about a celebration of Jacqueline’s life. It made me smile, too.

The Kidling summed up her mother, and herself I think, on Facebook by suggesting how we might honor Jacqueline’s memory.

If you’d like a way to honor Jacquelineand Mitchell, here are a few ideas.

One Good Thing:
Every day, write down one good thing. It doesn’t have to be something big, just something that makes you smile.

Advocate for Children:
Be the person that a child in a bad situation needs; listen and believe them. If there was one thing mom couldn’t stand, it was leaving a child — any child — without help.

And, from me, something Jacqueline once shared… 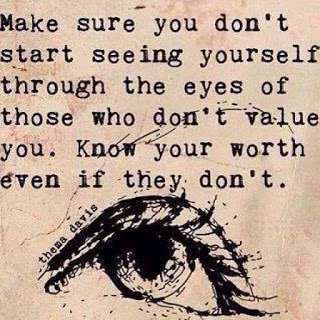