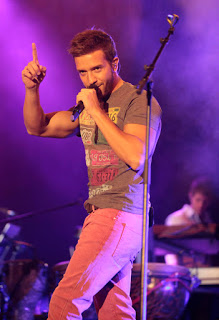 I forgot to mention, he’s from Málaga (a hometown boy). And he’s gay. (Not that it matters.)

So, of course there were rumours he and Ricky Martin were dating.

After all, Ricky Martin is gay, too. And they both speak Spanish.

Back To The Beach
(Without Pablo)
The beach is in a sorry state and there was more rain on and off Tuesday, so not much clean up was done. The worst of the debris was plowed up and hauled away. The rest will be gone quickly. The City of Fuengirola does a great job maintaining the beach and paseo. Ivo the sand sculptor has his work cut out for him. His collection of Greek Gods and Goddesses lasted several months, but didn’t survive the storm. I suppose that’s expected when you build your life on sand.


(Click the images, including Pablo, to see the masterpieces.)

Because it’s the theme from The Poseidon Adventure…