I went for a great walk this chilly morning.  It was 8C (46F) when I headed out the door.  But, no complaints — although my ears did get kind of cold (so, one complaint).  It’s now up to 17 (63F) and sunny, and I can hear an accordion player on the plaza doing a decent job with La Cumparsita, that most famous of tangos.  Not a bad winter’s day.

By the time I started off for my walk at 10:00, I had already done a load of laundry.  It’s unusual for the new me to get such an active and early start on the day.  It felt good.  Tomorrow is coffee with Lola and Albert at 9:30.  OK, that’s not very active and perhaps not even very early but at least I’ll be out of bed while it’s still  morning. And to think, pre-move, I used to get up at 6.  I’m slowly edging my way back from 10:30 and have now succeeded at regularly waking up, unaided, before 9.

While walking this morning (with Paul Simon’s “Graceland” playing on my iPod), I took some shots of one particular stretch of riverfront graffiti art.  Of the ones I’ve shared here, I have a few (well, several) favorites but I’d love to know yours.  I can definitely live without any more vampire/zombie art (and television shows … and movies … and books), but I included some because it’s clearly so popular as subject matter. 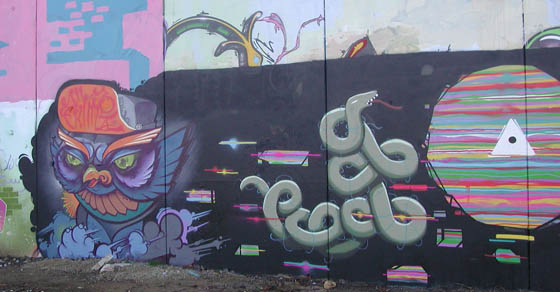 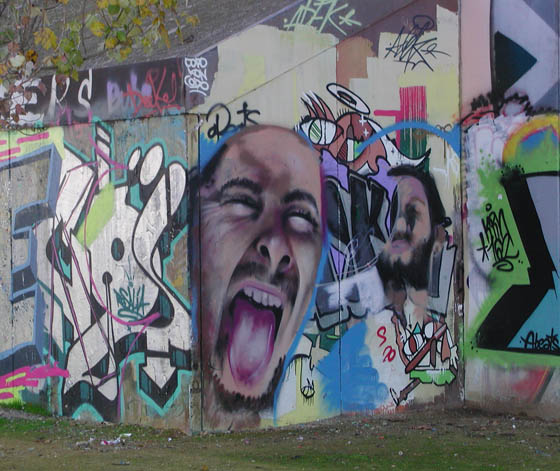 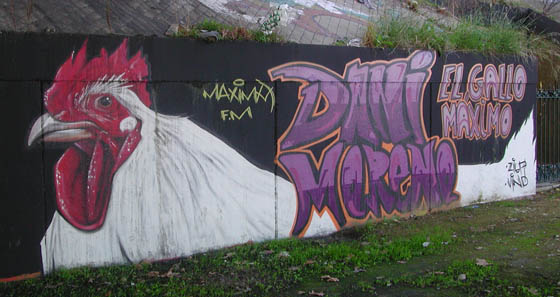 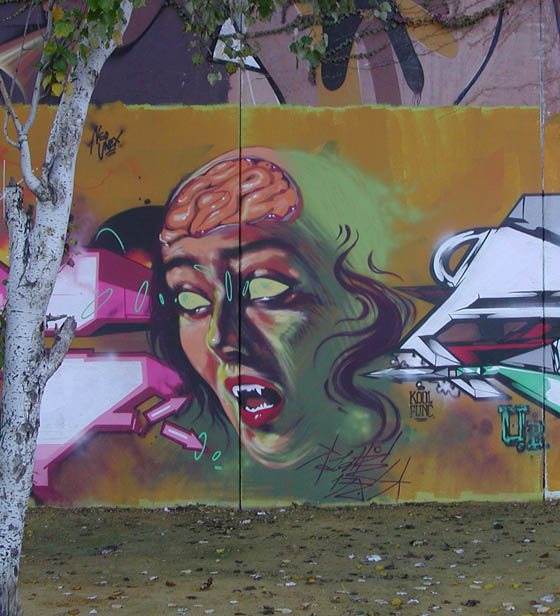 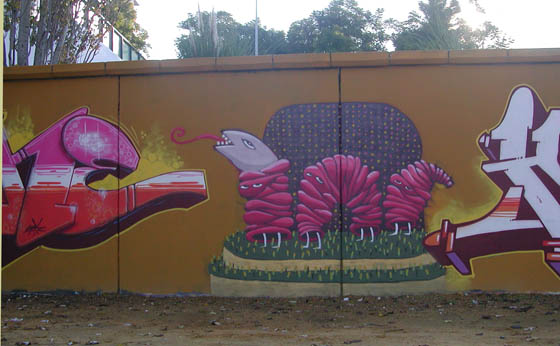 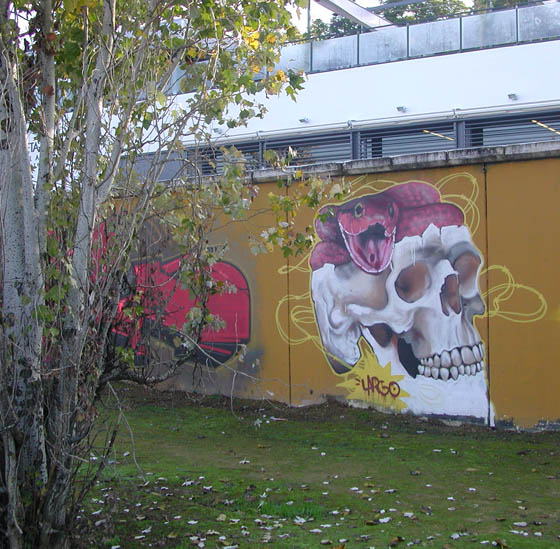 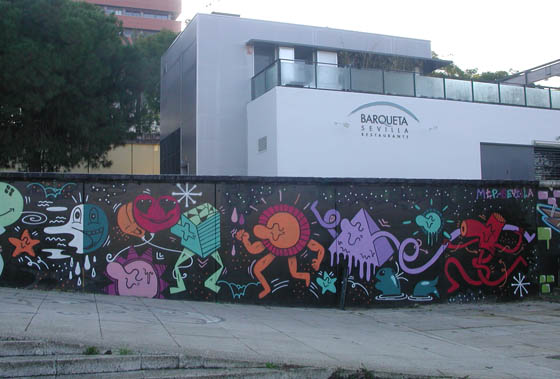 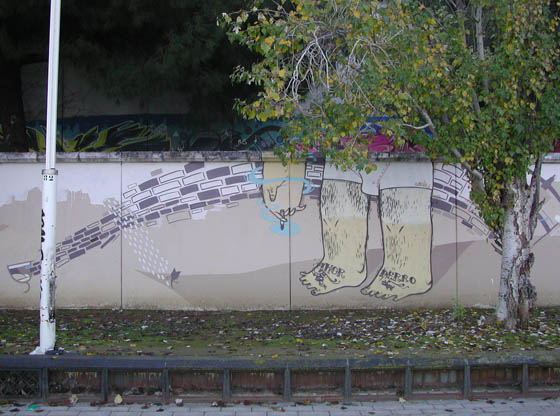 16 thoughts on “The Writing on the Walls”