We were back in Estepona Wednesday to visit the Orchidarium. I’ve been monitoring the place online. The first time we were there, in November (click here), we had just missed most of the blooming season, but it’s begun again. What is thought to be the largest flower in the world, Amorphophallus titanum (titan arum), reached its peak March 13. It was the first time it had ever bloomed in Spain. I saw it online but we missed an up close and personal visit.

Rather than miss anything else of significance, I suggested we take our neighbors with us and pay the orchid house a visit. I was pleased that the titan arum was still on display. You might know it by one of its more common names, Corpse Flower — because that’s what it smells like. The first two photos are the remains (corpse?) of the Corpse Flower with a section cut out to give access to the seeds. Check out our friend’s reaction to the powerful floral “bouquet.” It really does reek. 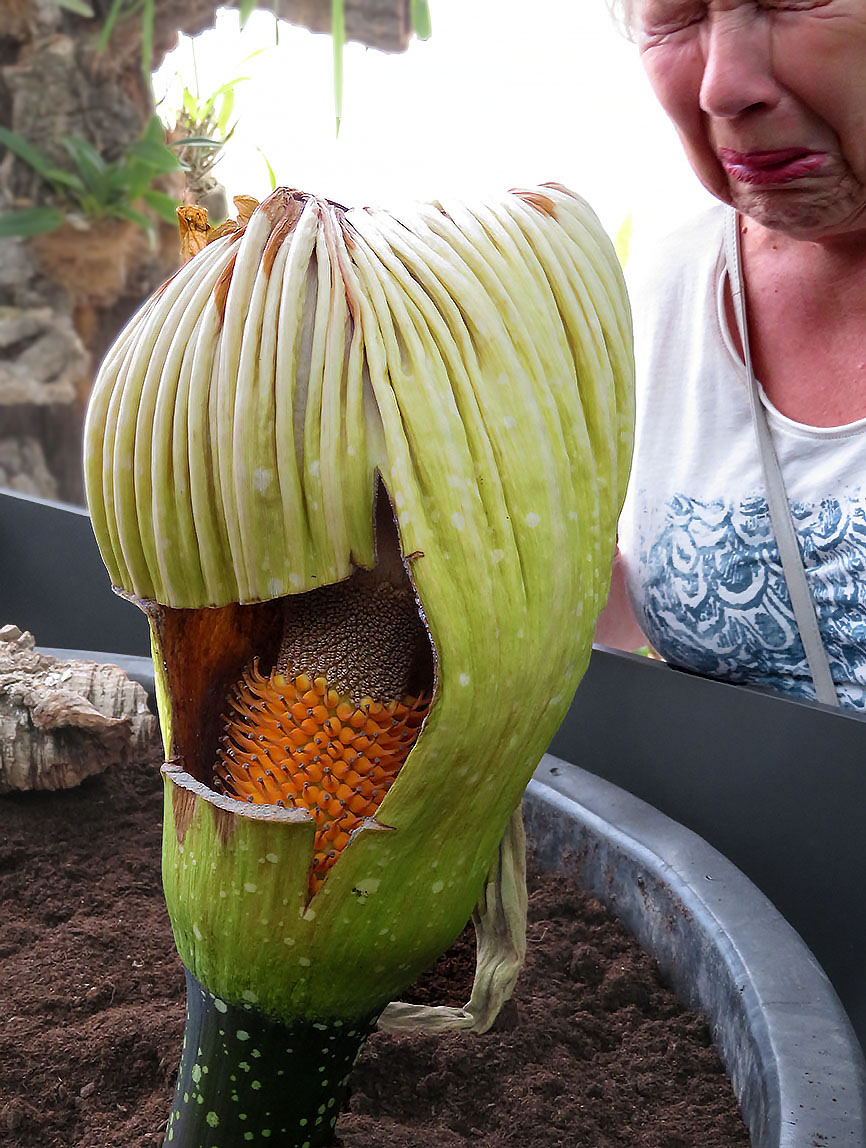 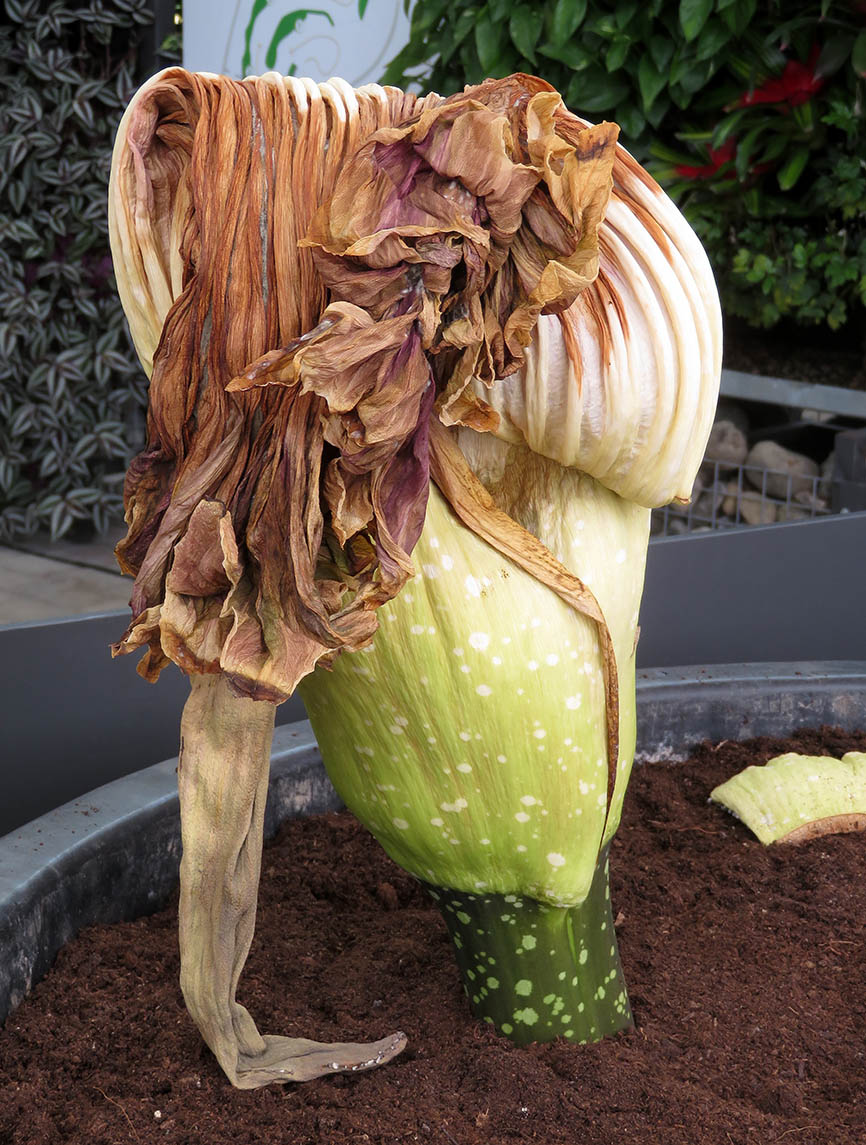 The plant that can make it all real…