There was one I wished San Geraldo had left behind. The ornament was known as S&M Santa. I made a point of hiding him on the tree every year. (If our tree had had a dungeon, that’s where he would have been.)

Recently, I was reminded of S&M Santa when reading a blogpost by Cheapchick. She had, I thought, the same Santa (click here), without the addition of steel and leather. Cheapchick referred to hers as Ugly Santa.

I recollected that we had finally gotten rid of S&M Santa when we downsized six years ago before our move to Spain. But, yesterday, when I unpacked the rest of our Christmas ornaments, I found him at the bottom of the box. Then I remembered telling San Geraldo, “Well, he’s survived 29 years. No reason to get rid of him now.”

It turns out Cheapchick’s Ugly Santa was a beauty queen compared to ours. So, here he is, even less attractive than I remembered him (but a lot tamer). 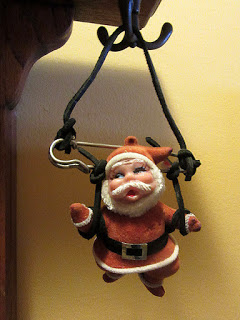 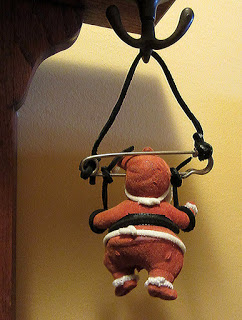 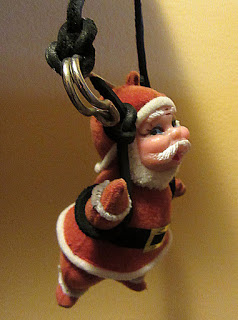 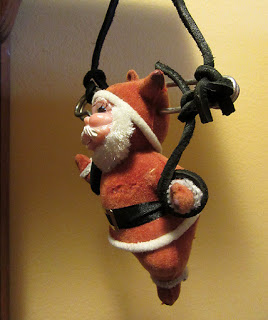 Think of all the fun I’ve missed…