On our walks around old Sevilla, Jerry and I continue to see so many beautiful, unusual, and surprising sights.  Among these sights are the old and new, large and small, door knockers, which I believe are called “aldabas” in Spanish.  During our first week, Jerry would invariably (and innocently) comment, “Nice knockers” — not a phrase usually escaping Jerry’s lips (or even crossing his mind).  I’ve had to explain the double meaning to Jerry, but we really have seen some nice knockers (of the door kind… well, of the other kind too if I’m honest), and I’ve decided to share some of them here (again, of the door kind).  I especially love the very large, plain iron ring (the first image on the left below) I found in an ancient church door, because it tops a little speak-easy window. (“Pssst.  Judas sent me.”) 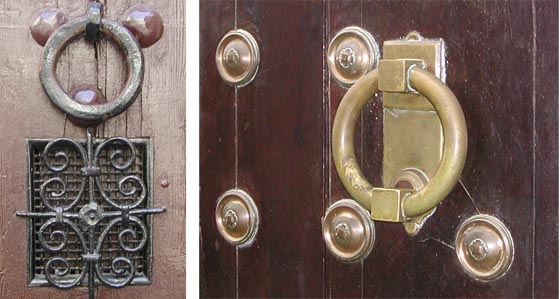 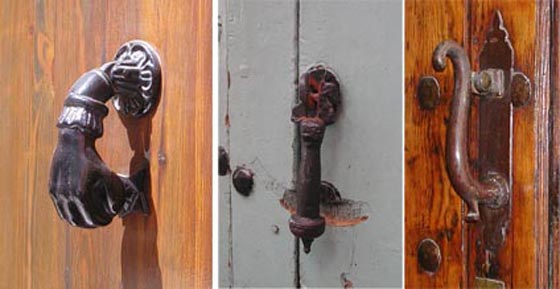 And, since I hate to be a tease, here for your viewing pleasure is a very brief video of BOTH kinds of knockers.