The weekend was supposed to be filled with sunshine. Maybe this is what “filled with sunshine” looks like in England or Wales. But the Costa del Sol is the Coast of the Sun, and this weekend did not live up to the name. We had perhaps a half hour of undisguised sunshine today. But it’s once again a mix of clouds and sun. And that might be alright somewhere else, but we feel the chill. Besides, the high today has only been around 17C (63F). (I know, I know: I’m playing the world’s smallest violin.)

Dudo doesn’t like the cold (yes, it’s all relative) and insists we turn on a space heater just for him. The minute he hears the click of the switch, he’s there with his face in the works. His position progresses as he and the space heater warm up. 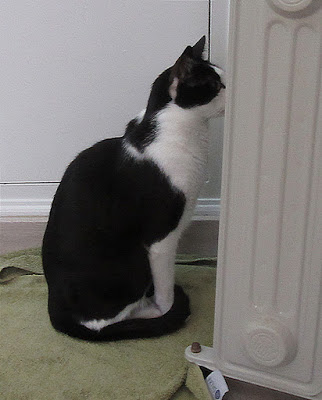 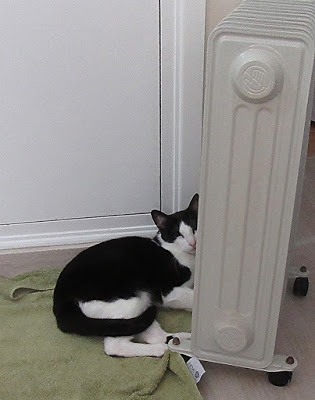 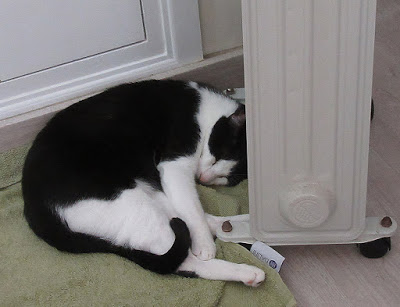 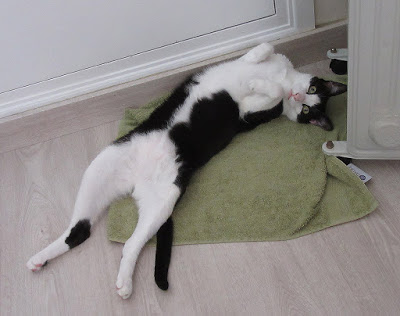 After coffee this morning, I saw a little poodle who apparently doesn’t much like the cold either. He was very chic. I wouldn’t mind having that outfit; I think my tail might look quite good in it. 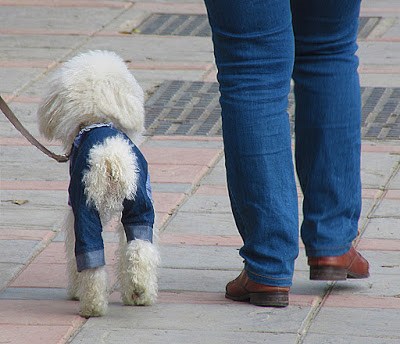 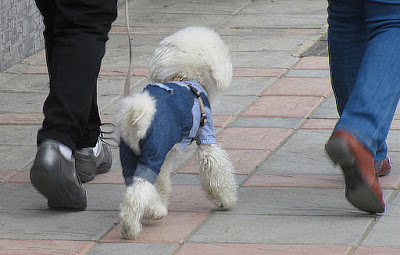 Leave it to San Geraldo to find the best way to overcome these cold, wintery days. He’s preparing his annual batch of Jamaican Black Cake (click here for last year’s post and the recipe). Even if all the alcohol doesn’t warm us up, it will at least make us think we’re warm. 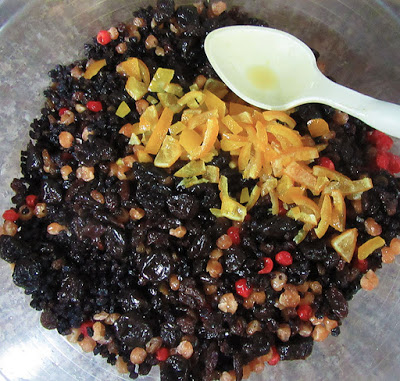