SAN GERALDO SCRAMBLED up “a few eggs” for lunch. He asked if I wanted “some peas” with my eggs. I don’t really like peas but I find them pleasant when mixed with other things. So, I said, “Sure. I can just mix them into my eggs.”

I forget sometimes the problem San Geraldo has with portion size. One bag of frozen peas didn’t look like enough. So he added another. For two people! Even he realized he had gotten carried away.
He said it was a mountain of eggs under a forest of peas.

Peas on earth? You can’t see the forest for the peas?

We both cleaned our plates. 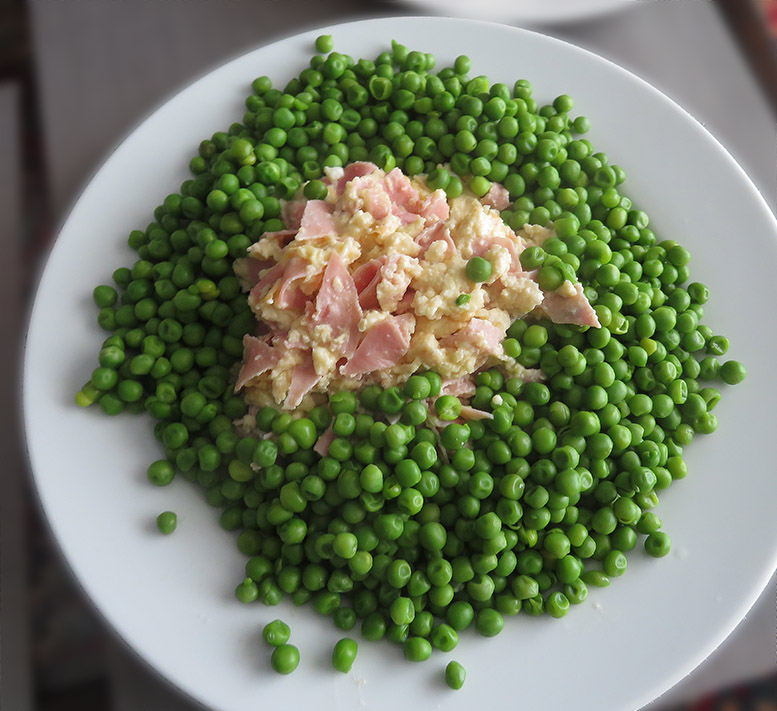 MY BLOG IS returning to Spain momentarily so I can tell you about what I did Tuesday of this week. I had my monthly appointment with the orthodontist — where everything is progressing even better than she expected. I only have 59 (of 67) sets of Invisalign braces to go! Only 59 more weeks. Since the orthodontist’s office is on the west side of Fuengirola, a 40-minute walk, I decided to go early and stop for lunch at the zoo (Bioparc Fuengirola) on my way there. 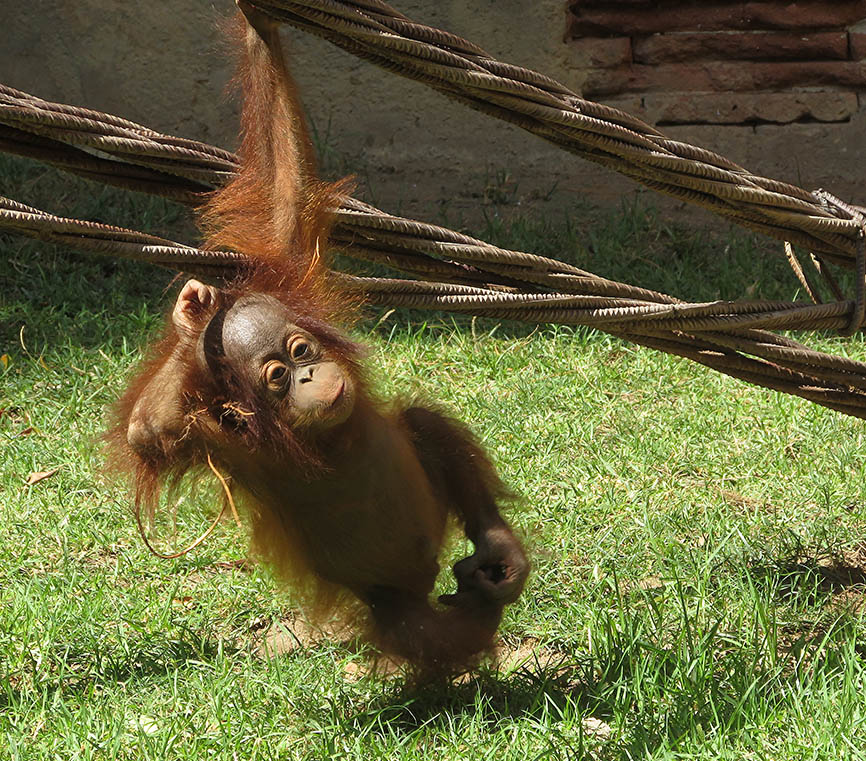 While I tell today’s story, enjoy a couple of photos from Viveros Guzman (the garden center in Alhaurín de la Torre). We took another drive there last month. The story will circle round. (Click the images to enlarge.)

But it Comes with the Meal
When San Geraldo and I were living in Palm Springs, California in the first couple of years of this century, I flew to New York for a brief visit. I took My Mother The Dowager Duchess to visit her sister Sylvie. Some of the extended family met us there and we walked to a nearby restaurant for lunch. A glass of wine was included in the menu price. Everyone before me asked for a glass of white.

“But it’s free!,” snapped the Duchess.

“But, it comes with the meal!”

“It doesn’t matter. It will just go to waste.”

“He’ll have a glass of white,” she commanded the waiter.

That day, we left behind eight glasses of white wine…. because they came with the meal.

Mamma Said
After the garden center last month, we went to our usual lunch spot, Papas Fritas y Huevos (Chips and Eggs). They offer daily menus, which are so cheap and so generous that I usually say “yes” and usually regret it.

We started with paella, which would have been enough on its own. That was followed by lemon chicken and chips (French fries) — gigantic servings.

I was stuffed and only ate half the chicken and hardly any chips.

Since I was stuffed, I said to San Geraldo, “I’m stuffed!” (I’m clever like that.)

San Geraldo said, “So you’re not having dessert?”