I CONTINUE TO go through old photos and came across images of my grandfather, my father, and myself. All taken on the beach. The photo of my grandfather was taken around 1921. My mother took the photo of my father in the summer of 1948. Both those photos were taken on Coney Island in Brooklyn. The one of me was at Oyster Bay, Long Island, in 1960. We had moved up in the world. Four years later, we were back at Coney Island. I know! It’s almost impossible to tell us apart. HINT: I’m the one in the baggy boxer shorts.

I’m working diligently, although not always successfully, to stop dwelling in the past after my month in New York reliving, reconnecting, and rehashing so many of those moments that made me who I am now. Many moments I prefer to leave behind … in New York… forever.

I won’t whine. I won’t tell you of all the oh-so-sad moments in my past. There were also plenty of oh-so-happy moments. They’re just not always oh-so-easy to remember.

Instead, here are moments of wonder: The 2016 Coney Art Walls (click here for the 2015 Coney Art Walls, and other moments from the not-so-distant past). 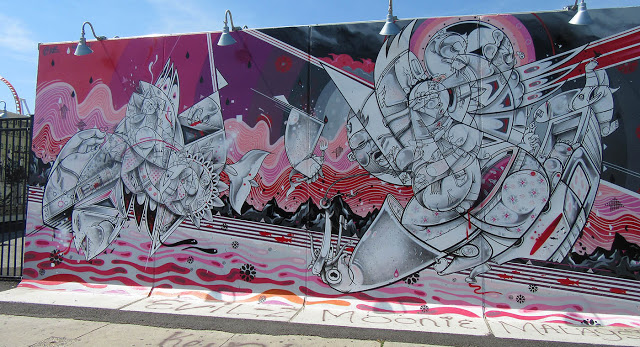 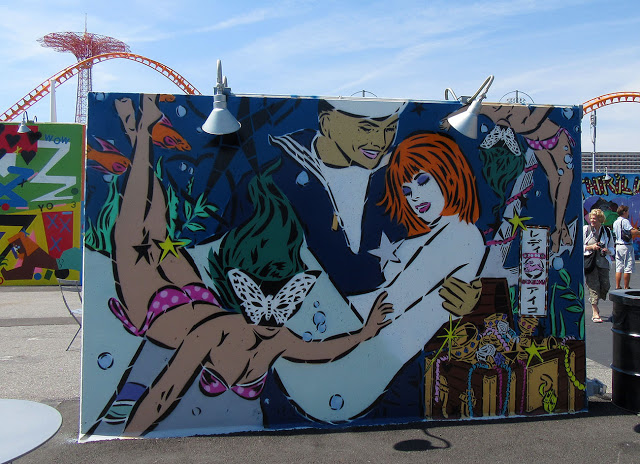 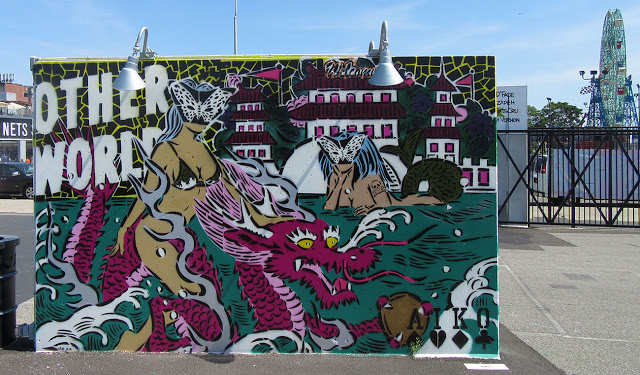 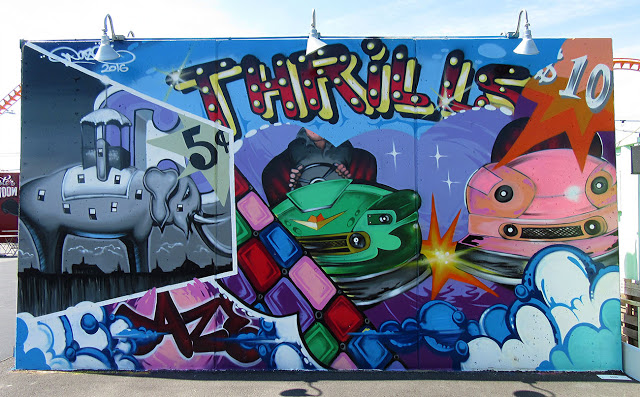 Any moment, big or small, is a moment after all…

It’s time for another installment of my man bun (and men’s buns) collection. I caught these during our travels around the United States in August and September.

(Click the images for enhanced buns. Go ahead, take a ‘crack’ at it.)

Yada yada yada. That’s all I’ll say about my mood.

Oh, except one more thing…

Am I ever grateful to San Geraldo for being my lifeguard (socorrista, in Spanish).

Speaking of lifeguards, I find the cultural differences between those in New York and those here in Fuengirola to be fascinating.

So, here are some Brighton Beach/Coney Island lifeguards and Fuengirola socorristas… for totally academic cultural-anthropological comparison, of course.

Guess I’ll swim way out into the sea…

Camiseta is the Spanish word for T-shirt. Especially popular here are T-shirts displaying the names of American destinations, universities, and teams.

Most of the T-shirts are made in China. Printed in English. For a Spanish audience.

(Click the images. Some will get bigger. None will make more sense.)

Just the other day I passed someone wearing a T-shirt emblazoned with the name of that great American university, New York City State. Although I myself have never heard of it, I’m sure it must be huge. After all, someone made T-shirts.

One morning, while Judyshannonstreetwhat (click here for that post) was still here, we were having coffee downstairs at Cafe El Noventa when a little boy walked by with his mother. As you may remember, Judy is from Seattle, Washington, and so, apparently, was the little boy’s T-shirt.