These last few days have been emotionally challenging — for no apparent reason except that sometimes the world just becomes too much for me. I can be very unkind to myself. This morning, as I was taking in some laundry — five pairs of socks and some underwear — from the clothesline outside the kitchen window, I tried to grab too much in my hands at once and one sock slipped through my fingers down to the courtyard below. The only access to the courtyard is through the apartment on the first floor and I hate to bother them since I know the other two neighbors are constantly losing clothing and clothespins that way (I’ve lost two clothespins). It must get really annoying. So, upon losing the sock, I lost “it” — fiercely gritting my teeth, biting my lower lip hard, and cursing myself out loud for my carelessness and stupidity. I didn’t lose one of Jerry’s socks (as if he would even care). I lost one of my own. 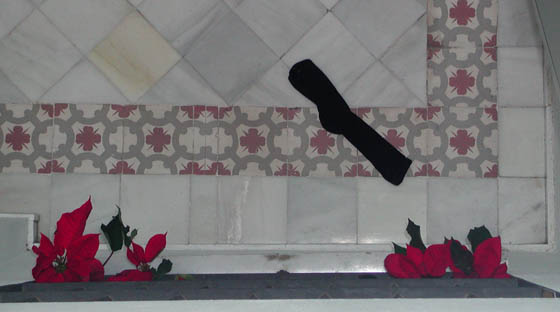 What I’m saying is I had a melt-down this morning. Over a sock. What I lost was an individual, casual, black GoldToe sock. I have perhaps two dozen (well now perhaps 23) casual, black, GoldToe socks remaining. Surely, it’s the end of the world.

31 thoughts on “Dropping a Sock and Working on an Attitude”