The first batch (of five) Jamaican Black Cakes are out of the oven. They get soaked in rum until, a) we think they’ve had enough or, b) we run out of rum.

We cut into the first cake because we had to test the batch and make sure it’s good enough to give to anyone else. My perfectly cut parchment paper bases did the trick. The cake is excellent.

I like the fact that “Rum” is “Ron” in Spanish. I’m just having some cake with Ron (even though my friend Ron lives in Nova Scotia).

Yesterday’s blog post inspired me to get the other box of holiday decorations out of the closet so I can display them all.

I haven’t done it yet, but at least I’m inspired.

Meanwhile, I thought I’d show you some more of the handmade ornaments I’ve already set out.

One set of ornaments was created by dear old friends in Connecticut. They have two daughters and we all used to love to play Pictionary Junior together. As a going-away gift when we moved to San Diego, California, in 1993, Don and Bev, and Laura and Sarah each created an ornament from one of the Pictionary cards. We will forever cherish the gift and all the memories. 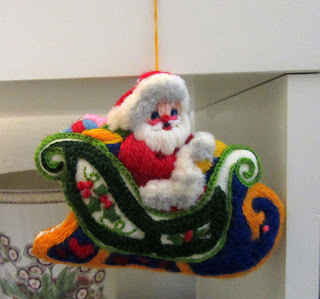 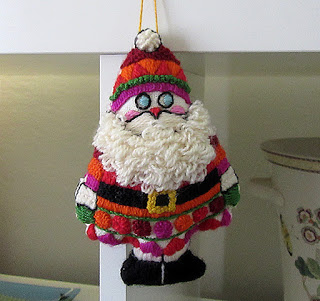 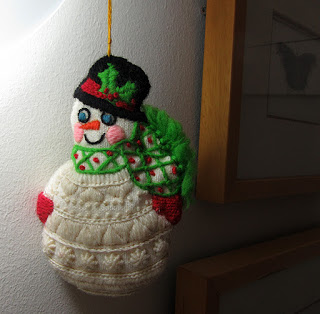