Wednesday afternoon, to escape our depression after the US election results (no need to mention them again here), we took a drive to the city of Estepona. It didn’t completely work to remove our pessimism, but it was a picturesque drive about 60 km (37 miles) west of here.

The reason we chose Estepona was because we had read about an orchid house (Orchidarium Estepona, also known as Orquidario de Estepona) that looked spectacular. It was. Our only disappointment: It was the wrong time to visit if we wanted to see much in bloom. I guess it’s just not the season. Still, the architecture outside and in, and the collections and environment, and the outside gardens made the trip worthwhile. (We’re thinking of growing some orchids on our newly warm and protected terrace.)

Our new car’s still un-named “navigation voice” could soon be known as “Ditzy Dora.” Once we exited the autovia (freeway) at Estepona, she told us to take the second exit at the roundabout. We did so and it was even clear on the map that we had done so correctly.

However, “Dora” immediately said “route recalculation.” Thanks to “Dora,” we explored a very large area of the city (maybe we should call her “Dora the Explorer”) until I pulled out my smart phone and entered the address. We ended up right back at the original roundabout, took the same second exit and reached the orchid house 2 minutes later.

The trip there took us about an hour. Coming home, 42 minutes.

Today’s photos are exterior shots of Orchidarium Estepona. More about our day is still to come. 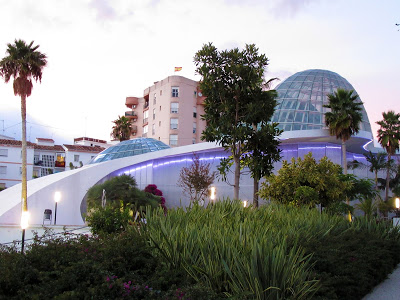 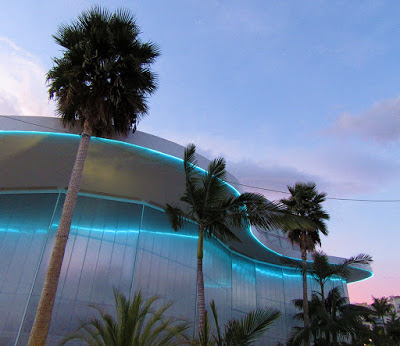 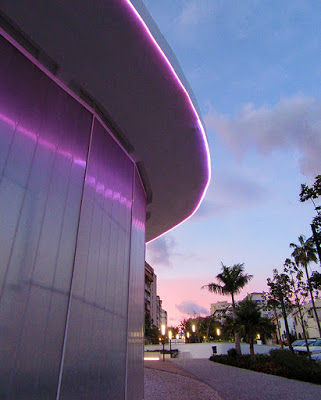 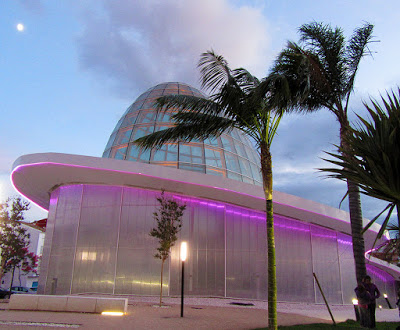 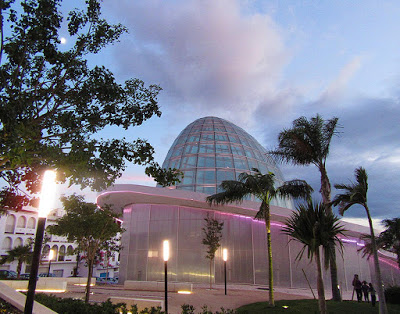