We were supposed to be in London until Wednesday, for a total of 7 days. But, after two days, San Geraldo had had enough and asked if he could come home Sunday. He said I could stay in London if I wanted but I wouldn’t have enjoyed it without him. Besides, the weather was a lot more depressing than I thought it would be. We have clearly been spoiled by years in Mediterranean climates!

We did have an exceptional time while we were there. We simply should have planned a four-day instead of seven-day holiday. We returned home to rain. But rain and 15C (59F) is a lot easier to tolerate than rain and 2C (35F).

The photos and stories of London are still to come. Last night, we dropped our bags at home and went to Primavera for dinner. Tynan and Elena met us there. The walk home in the warmish pouring rain was a delight. Until, that is, San Geraldo jumped into a puddle and soaked me. Elena then jumped in a puddle and soaked San Geraldo, which distracted him from me. Kids! 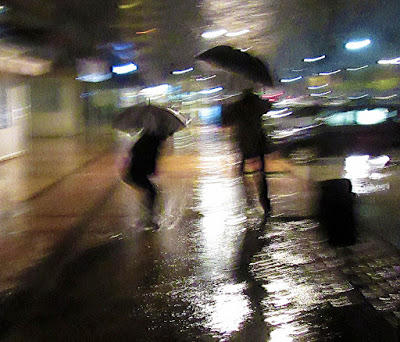 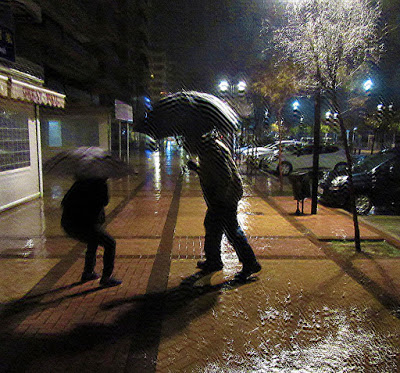 Once Elena and San Geraldo had enough, Tynan began his rendition of “Singing in the Rain.” It would have been perfect [no it wouldn’t] had it not been for his rubber-soled shoes.