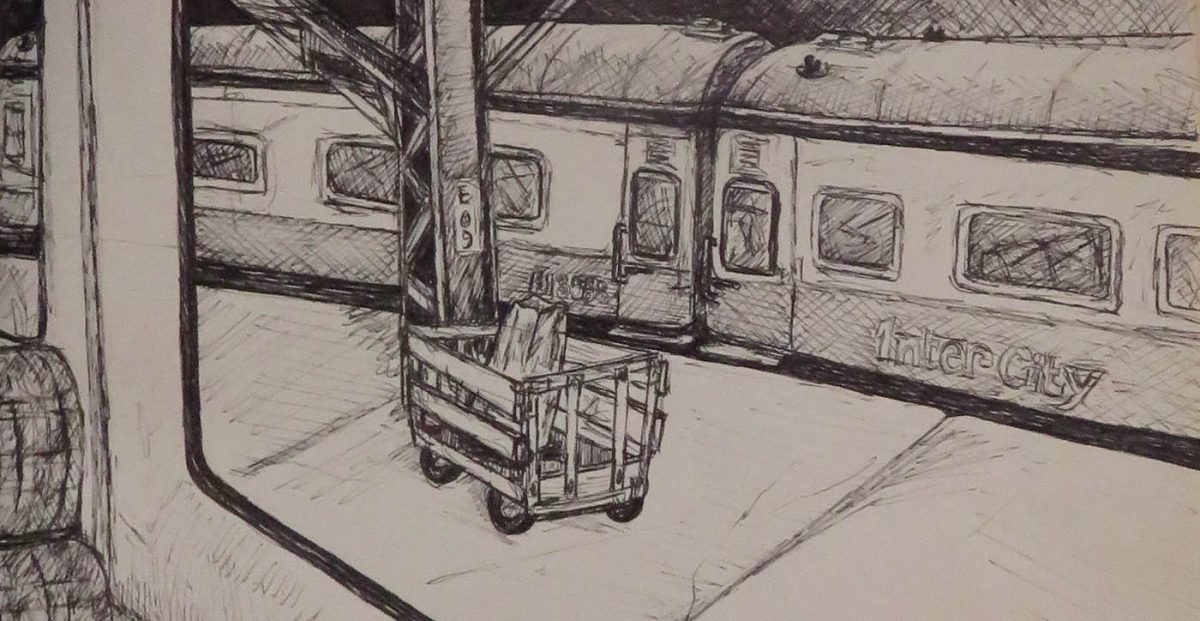 I CONTINUE TO come across old sketchbooks I had forgotten about. I knew I had them because I made the decision to ship them to Spain eight years ago. And, when we moved from Sevilla to Fuengirola in 2013, I again organized my art supplies and sketchbooks. But, somehow, I didn’t remember they contained many of these drawings.

My sister Dale died in 1981 (click here). At that time, I was still carrying a sketchbook with me wherever I went. Here are a few drawings from the last time I visited her in South Yorkshire four months before she went into hospice care in Sheffield — a week after we were told there was nothing more to be done to stop the spread of the bone cancer. I was back again with my parents and The Kid Brother to be with her when she died.

This encourages me to carry my sketchbook wherever I go and draw whatever I see. I didn’t think much of these drawings at the time but I’m so grateful to have them now.

So, the 36th anniversary of the death of Big Sister Dale has passed. San Geraldo honored her by buying a box of “galletas de rellena de naranja” (soft biscuits filled with orange jam and covered in chocolate). Dale introduced me to these in 1970. She usually bought Pim’s brand, but this Spanish version brought back the sweet memories just the same.

Speaking of misplaced feet: Once Dale hit her teens, she began to train me in some basic social skills. For about a week before any party — wedding, bar mitzvah, school event — she’d drag me into her room every night, turn on her record player, and [try to] teach me to dance. The results weren’t exceptional but the lessons were a joy.

Dale taught me dancing in a hurry…

While walking in sunshine the other day (before the storm, the rain, the clouds, and the rough seas), I was listening to music on my 15-year-old iPod. “Good Thing” by the Fine Young Cannibals came on. A great workout song.

I heard “Good thing, where have you gone?” and an image of my sister Dale flashed in my head.

I kept on walking at my vigourous, happy pace. I kept on crying. 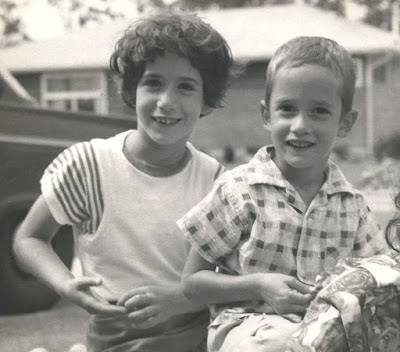 Dale would have adored San Geraldo and these other two good things in my life.

Around 1974, I went with a friend to visit her great-aunt and great-uncle in Lockport, New York. We polished silver for them and were then served a huge meal, a rare treat in those years (the home-cooked meal, not the silver polishing).

The couple had been married more than 50 years. After lunch, she wouldn’t let us help with the dishes. He cleared the table and got to work at the sink. I was impressed with this liberated couple and said so. He laughed and she explained:

“Our first night as husband and wife, I cooked a nice dinner. He ate, went into the front parlour, lit up his pipe, and opened the newspaper. So, I threw everything, even our new wedding China, out the kitchen window into the driveway.”

“I’ve done the dishes ever since,” he laughed.

The Dowager Duchess
The night before my mother’s apartment was emptied in late August, San Geraldo cooked our “last supper.” My parents had received a set of pots and pans as a wedding gift. Over the years, most of them developed bell-shaped bottoms that did not sit flat on any surface. Last year, my mother told me she hated those pots and pans.

“They were cheap and I never liked them,” she said.

“So, why didn’t you just replace them?” I asked.

“I didn’t want to insult [the person who gave them to her] and by the time she died [only a few years ago], I thought, ‘What’s the point? I never cook anymore anyway.’ “

A Dream Come True
My fantasy ever since I met my friend’s aunt and uncle has been to finish a meal and simply throw everything away instead of washing up.

So, after our last supper, I cleared the table and washed the dishes (they were part of a very nice set, after all). However, I took the three dirty pans (and only those three pans) and threw them down the compactor chute. (Throwing them out the 16th-floor kitchen window could have been deadly.)

The Dowager Duchess would have liked that.