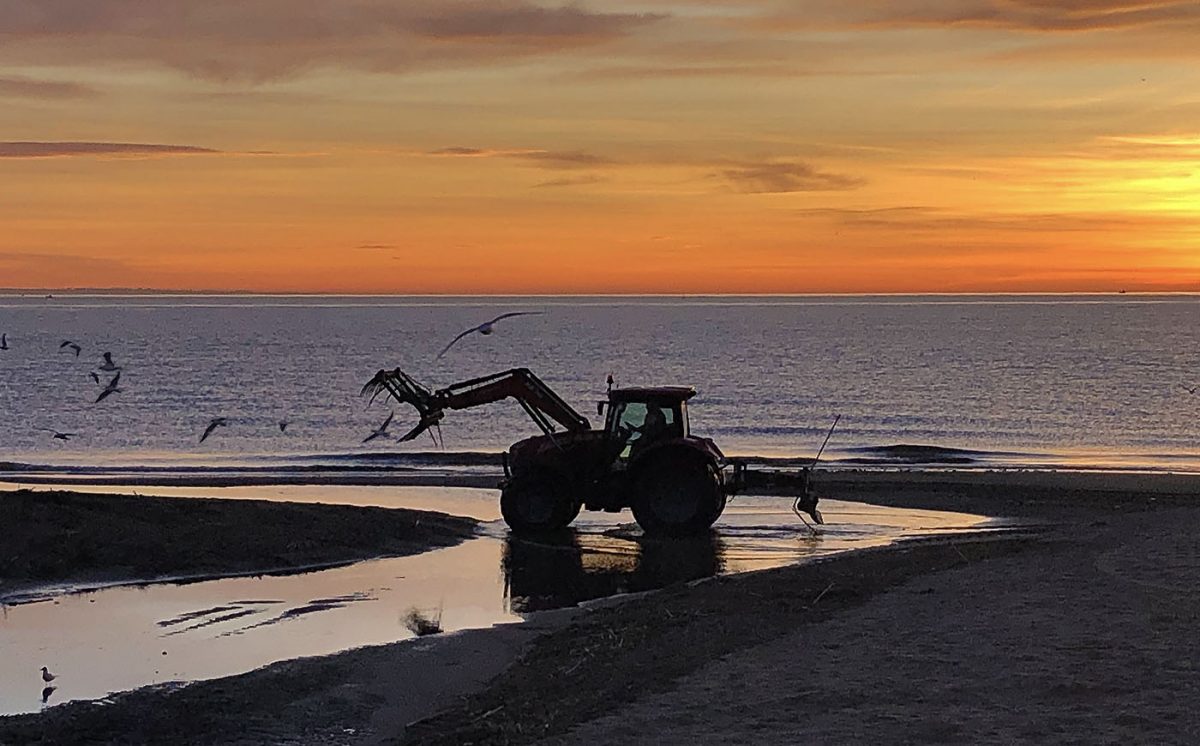 THE OTHER MORNING, I had an early appointment. I saw the start of the sunrise from home, but then got to walk on the Paseo for about 20 minutes and saw the sunrise from different places than usual. It was a beautiful morning for my walk back home, but my mind wandered to a bizarre, dark place. I imagined seeing an enormous mushroom cloud in the distance. Then another. And another. And still more. The entire horizon was filled with mushroom clouds. I was almost home and I thought to myself, ‘Well, at least I should have enough time to get upstairs to San Geraldo before it’s all over.’

Click the images. I hope they make you feel fine.

A few months before my 32nd birthday, San Geraldo and I were heading home from a walk through our neighbourhood in Georgetown in Washington, D.C. We were talking about nothing in particular when I broke down and sputtered, “I can’t do this anymore.”

As I think back to this moment, I realise San Geraldo must have thought I was leaving him or had some terrible confession that would make him want to leave me. “What can’t you do?” he asked in concern.

Through sobs, I explained, “For months now, every night I go to bed and my last thought is, ‘I hope I don’t wake up in the morning. I hope I die in my sleep.’ “

Every morning when I wake up, my first thought is, ‘Oh fuck.’ “

After some discussion and lots of moral support, San Geraldo said I needed to “talk to someone.” When he saw I didn’t know where or how to begin, he said he would get me an appointment with “someone.”

He asked colleagues and got the name of a psychotherapist and I saw him the next afternoon. The therapist first had me fill out a long questionnaire, which I found kind of fun. I like questionnaires. We then talked. Well, I mostly cried. But the result was that he felt certain I suffered from clinical depression. Through a psychiatrist, I was prescribed an antidepressant called Sinequan.

This is now an old-style antidepressant with loads of side-effects, one of which was to make me really drowsy. I could only take the meds just before bedtime. That side-effect soon became a major bonus. I immediately began to sleep more soundly than I had ever slept.

Other side effects were more problematic for me — like cotton-mouth and reduced sex … um … “follow-through.” (How’s that for a euphemism?)

After a couple of weeks I began to notice a fairly dramatic change in my mood. In fact, I felt as if I were meeting a person I had never known before. I woke up one morning happy. I didn’t have to talk myself into facing the day. I couldn’t remember a time in my adult life when I had actually experienced that.

It wasn’t a complete turnaround but I no longer hoped to die in my sleep. So, I went to the drugstore and bought some Biotene toothpaste for the cotton mouth. I figured the sex issues were survivable. Besides, I had had an overactive sex drive to begin with.

And since My Mother the Dowager Duchess will read this, I’ll not say another word about sex.

I thought I’d be telling you today the entire story of my battles with clinical depression. But, as I began to write, I realised there’s a lot more to tell if the story is going to be of any use to anyone. I didn’t take pills for two weeks and solve all my problems. But I did discover that I wouldn’t mind sticking around for a good long while.

You know what’s really depressing? I have some great photos to share of that year (1986) in Georgetown but I can’t get my f$%&ing scanner to work. I’ve shared two shots from our home in Georgetown and will share more another time. So just listen to the music; smile if you’re able; and, well, hold on.